Take Me To The River

What a great couple of days here in the Himachel Pradesh region of India. We dropped anchor here on Monday, and took some time to explore the city of Chandigarth. I was able to snap the shot of the Indian gal at the above while at a local park and lake. Early evening, old and young a like having a great time.

The people here, like in much of India, are very friendly, and very receptive to having their photo taken. The colors of the saris and of the turbans are a refreshing change to the backwards baseball caps and long sweaters of the East coast. 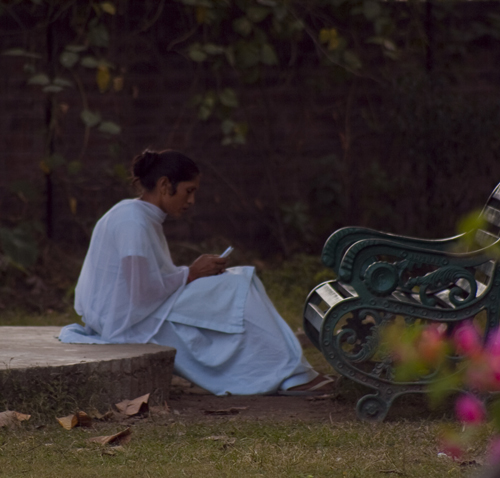 Today was a day to get back to work. It was a scout day, and the story we’re working on is one of a water recycle program. Much of India is in a state of drought, so being able to effectively manage the water supply is a big issue. An outpost of my company, in the village of Baddi (in the HP region at at the foot of the Himalaya Mountains) has done a great job of initiating some new programs to effectively recycle both rain water as well as the mountain run-off when the mountain snows melt.

But what started out as simple scout day progressed into a fantastic shoot day as we found a location that perfectly suited our needs to illustrate the “water” theme – a running lake bed at the very base of the mountains.

To get to the lake bed, though, we had a good 10-15 minute hike down a rocky path. Good thing my boots fit well. I felt like Indiana Jones. But on the walk down, we happened upon this simple scene – two women shucking corn. Simple, but graceful.

We got to the site and knew it was perfect for what we were looking for. Just us, the mountain, the lake…and about 25 cows and the old women who were sheparded them.

Here’s a quick vid. Color isn’t great, but just a little taste. Hard to believe a week ago or thereabouts I was shooting video in the middle of chilly Red Square.

It was a magical afternoon. Just fell into place and we got the shots we needed today. Best of all, we made some new friends too. This is our photographer’s assistant, Daniel, grabbing some gear under the watchful eye of some of the local boys.

These little guys were great. Giggly and fun, they were more than happy to meet a new friend of their own, one little pig from New Jersey. 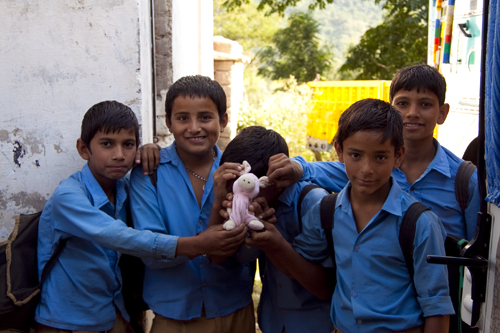 Sometime in the future, I’ll probably post more from this day. But it’s late now, and I have a 3:45 a.m. wake-up call coming in anticipation of a 4:30 a.m. call time. We’re chasing some dawn light and have to hit the road.

9 thoughts on “Take Me To The River”