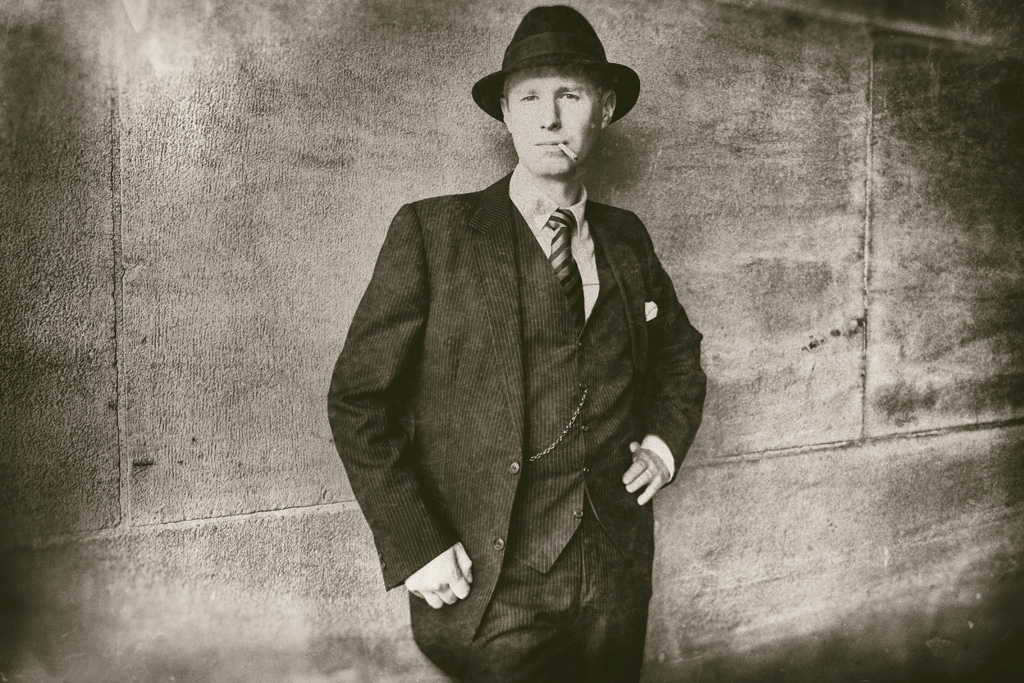 Every since I “officially” met Tome Wilson last summer at the Jazz On The Delaware event, I knew I wanted to do a portrait shoot with him.

Tome is a true Renaissance Man. He works full time, but also follows his passions of everything Jazz Age, Halloween, and horror in whatever time he has left. He’s incredibly creative and, frankly, must not sleep. I don’t know how he does it all, but he does. 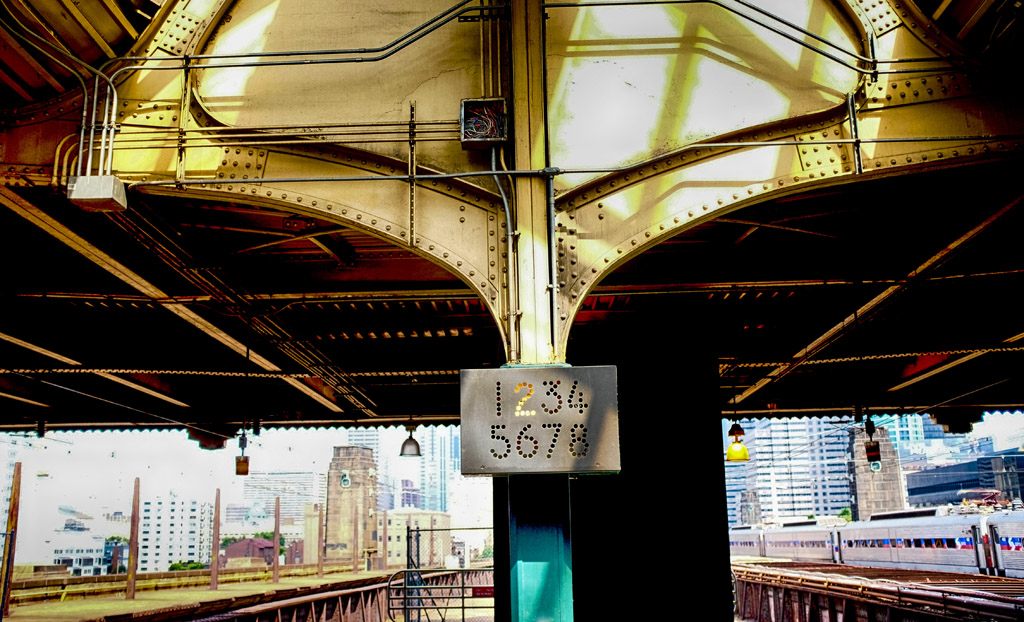 In doing a little research about 30th Street Station, I was surprised to find out the architect was Graham, Anderson, Probst & White, the successor to Daniel Burnham’s firm in Chicago. Burham also did the Flatiron Building in New York…I’m just a big fan of his work (Read The Devil In The White City for more background, a work of fiction rooted in history.)

30th Street is a vintage structure with so many art deco elements. I knew Tome would fit right in. So, I shot him an email and he was up for it. Luckily, he works nearby so it wouldn’t be hard to get to. We exchanged some emails about my vision for the shoot. I wanted it steeply rooted in film noir, and knew Tome would be up for that.

I got down to Philly around 3 p.m. and scouted the site for about 45 minutes, since I hadn’t been there in a couple of years. Last time I was there, it a Saturday evening and pretty quite. Now, near rush hour, the location was booming. Still, I was finding these little areas tucked away that gave me the look I wanted, but without being in anyone’s way. I didn’t get approval from anyone, but didn’t really think I needed it anyway, since I wasn’t using tripods. 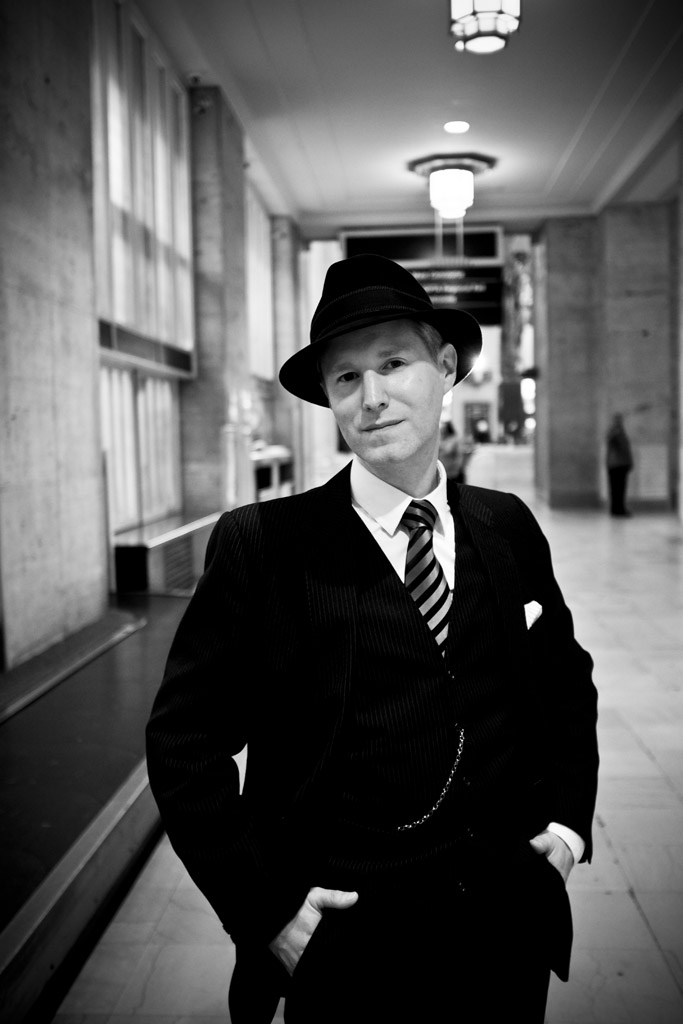 When Tome got there, we got right to work. I didn’t want to waste his time, and I also knew he had just put in a long day on his job. Plus, it was the start of his wife’s birthday weekend, and as much as I wanted to shoot, I knew he wanted to get home too.

Anyway, we rocked on. Tome, with his background in film and theater, is a natural in front of the camera. I had to provide very little direction. He melded in effortlessly with the vintage background. He looked he was a man that stepped out of time.

I expected to process these in B&W or sepia, but as I was going through them, even some of the shots in color were striking to me. 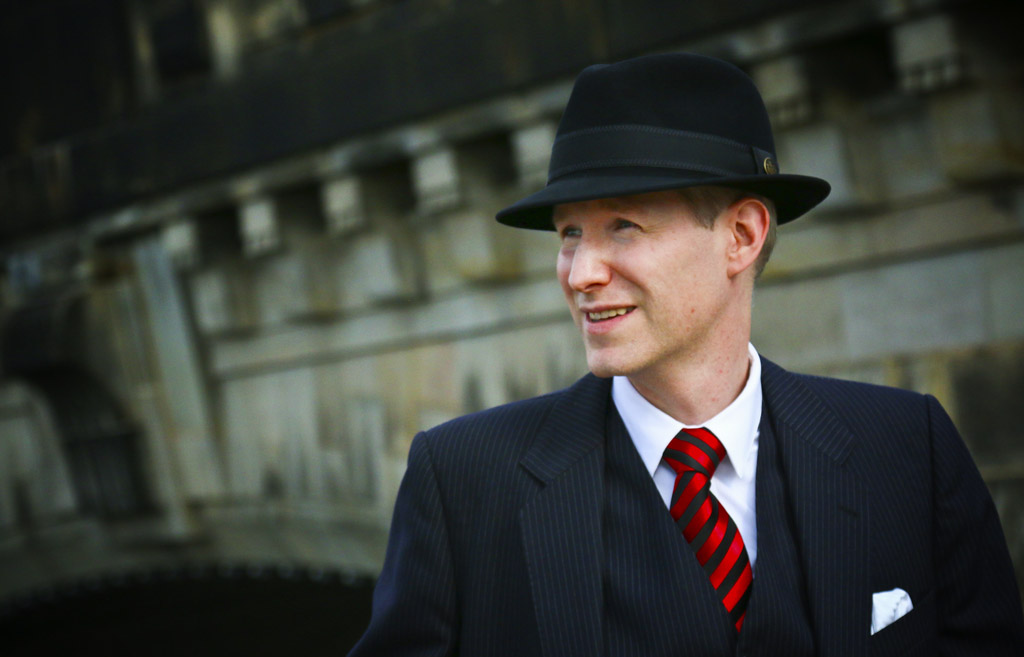 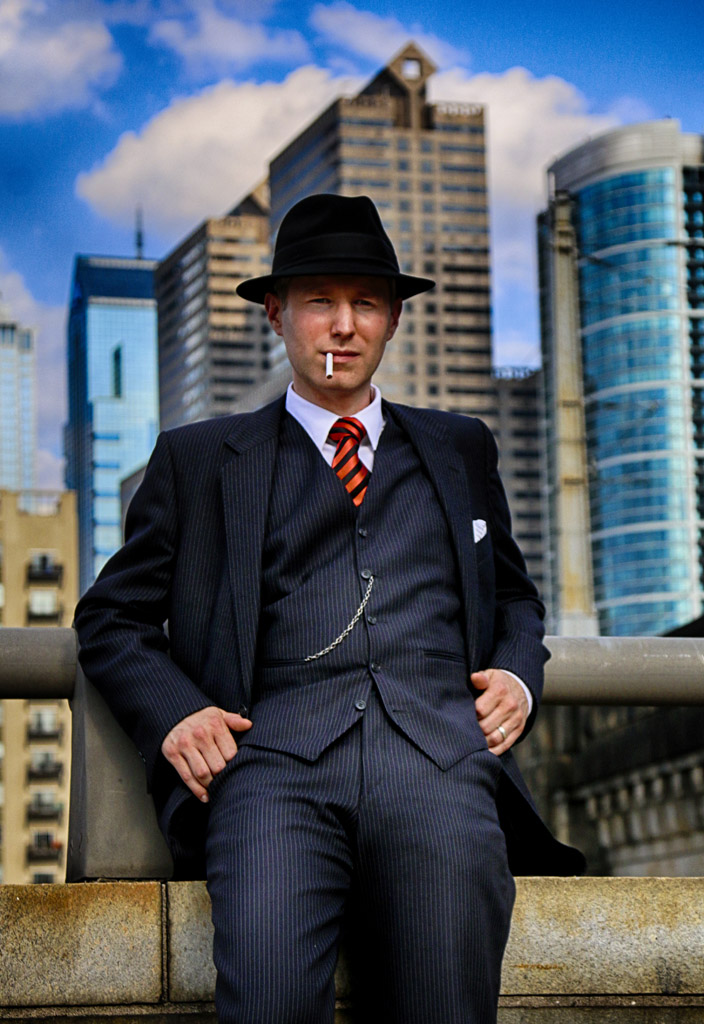 Now…in full transparency…we did encounter a slight issue. I got too close to an “Employees Only” door in the background and some security guards came up with questions. It then devolved into “Did I have permission to shoot there?”

Now, 30th is a popular destination for travelers and tourists. People are snapping photos all the time, and I mentioned as such to security. As I said, we were in no one’s way and I was shooting all handheld. I couldn’t see how that was a problem. But, muscle was being flexed, and to comply, I stopped by the Amtrak’s customer service area. Luckily, and without any issue, “Patty” gave me permission to shoot wherever I wanted. She liked Tome’s suit, too.

Overall, it was a great shot. Tome was fantastic, and I’m really happy with what I got. It helped to build my work with models and increase that experience.

I’m still adding to the gallery, but click here to see more from this shoot.

And if you ever get to Philly, stop by the historic 30th Street Station.