Getting Transparent With Danny Clinch 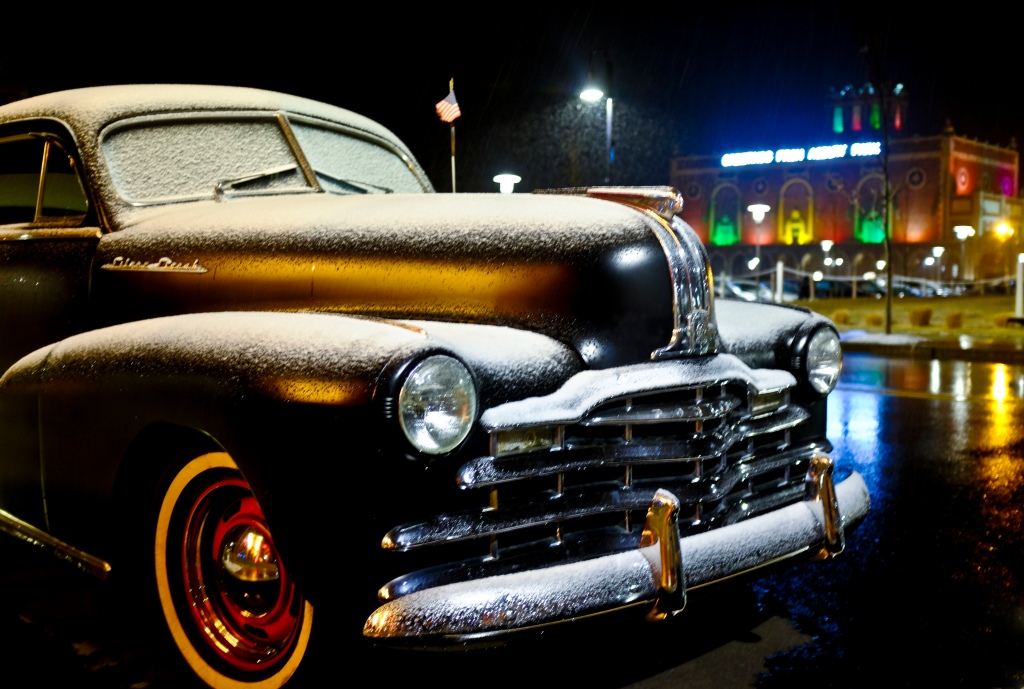 This past weekend in Asbury Park was huge.

Very year, Light of Day takes place to help raise money for Parkinson’s disease research. In Asbury Park, this event has grown and grown over the years.

To be honest, I lost track of how many bands played all the shows this year, all across Asbury Park and the boardwalk. I was supposed to shoot one last Thursday, but had an unavoidable family conflict to attend, so that was out.

But on Saturday evening, I received an invite to one event that I made certain I could attend: Photographer Danny Clinch‘s Transparent gallery show at The Asbury Hotel. 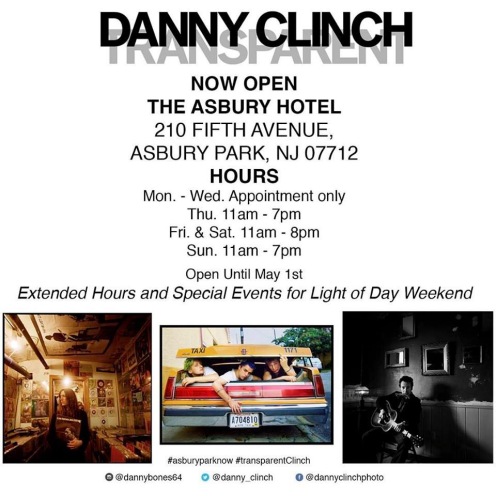 While this was considered the “official” opening, Transparent has been open for a few weeks now. Just before Christmas, I had the chance to check it out on a quiet Friday afternoon, when no one was there except gallery designer Tina Kerekes. I walked around, looked at all the great images, and chatted with Tina. Around the holidays, Danny was popping in to hang out, sign books, etc.

In addition to all the great photography hanging on the walls (and windows, hence the transparent theme), there’s a stage in the back, too. Danny plays harmonica in the Tangiers Blues Band, so music – not just music photography – is close to his heart.

At the event, Danny hopped on stage to play harmonica with the local Asbury Park band, The Battery Electric (possibly my new favorite local band). 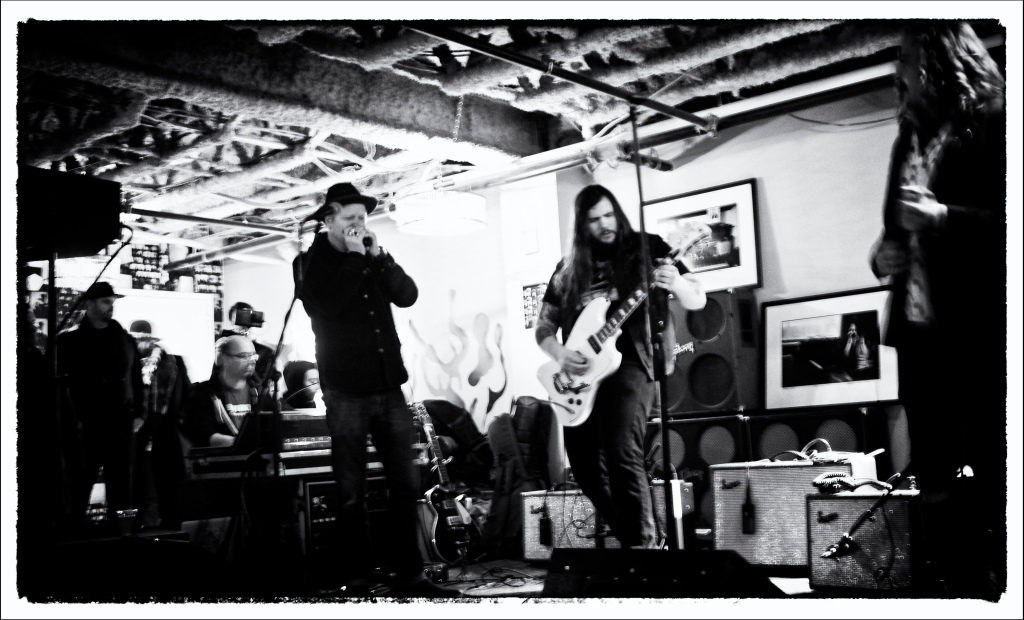 Overall, it was a fun “opening night.” If you go to any social media site (Twitter, IG, Facebook) and put in #transparentclinch, you’re sure to see a boatload of images from the event.

Which leads me to the image that opens this post. When I came out, it was lightly snowing. Sticking on some surfaces but not the roads. I was happy with that image of Danny’s vintage Pontiac with Asbury Park’s Convention Hall in the background. Then I saw pretty much everyone else coming out around that time grabbed the shot too. In color…and B&W. 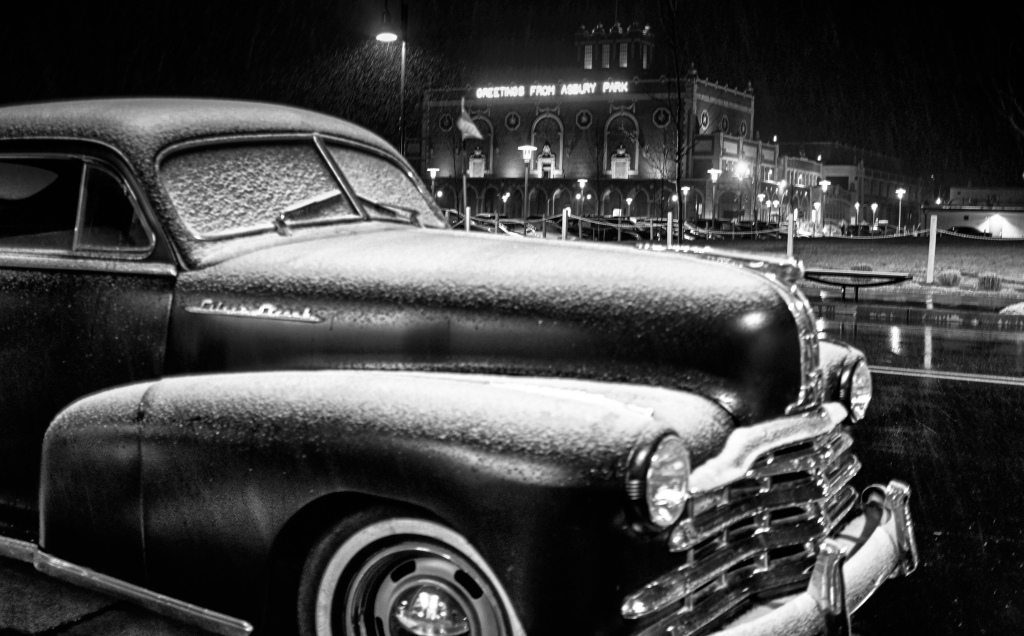 I think everyone grabbed some version of this Tupac + Springsteen shot, too. 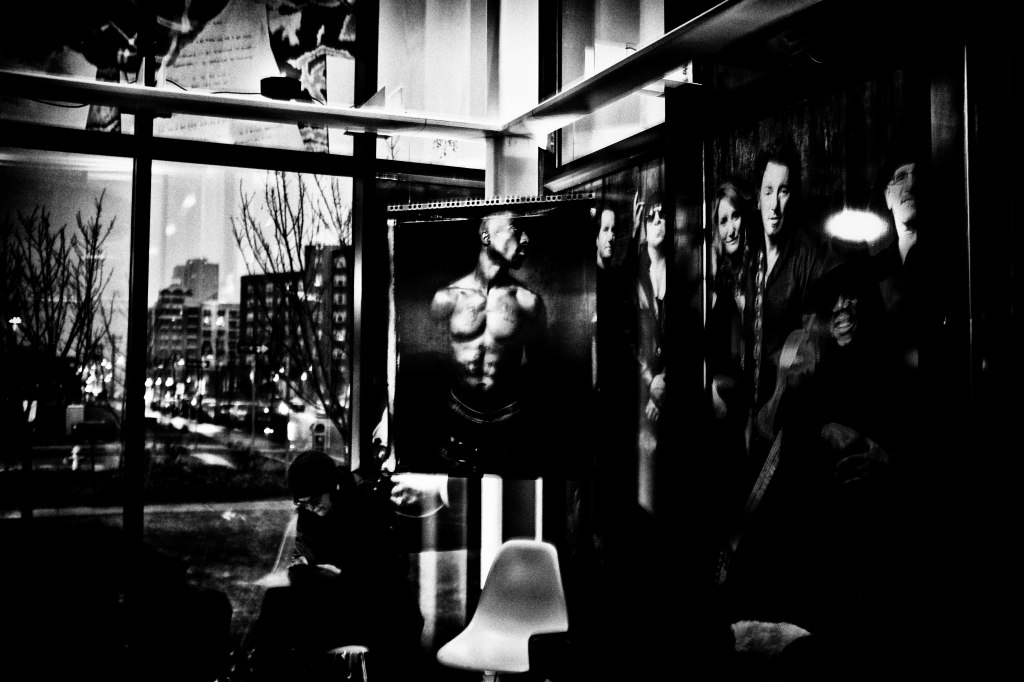 Ah well. But…I haven’t seen any others like this one. As I was ridin’ down Kingsley Ave, in front of the event space, I rolled my window down and grabbed this one. 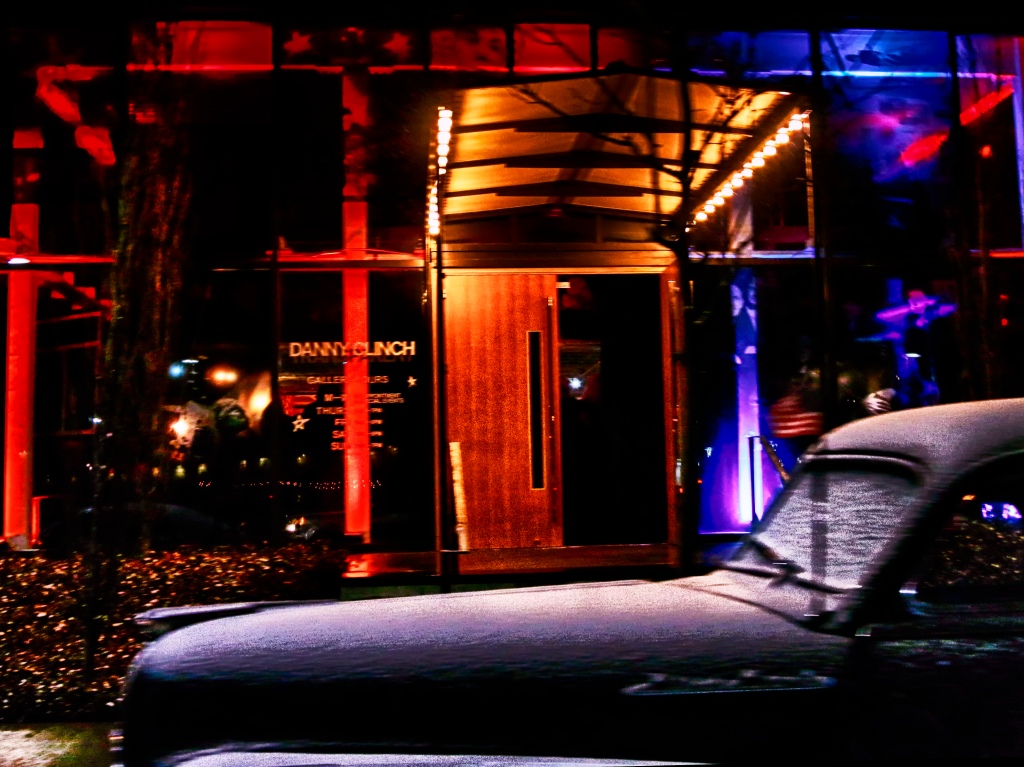 It’s not tack sharp but I like the colors and I get Danny’s car in there along with his name and the entrance way. It’s now my desktop image (at least for the time being) and it works pretty well as that!

And while TBE rocked the event, so did Danny’s Tangiers Blues Band. Here’s a video I shot on my Fuji X100T of them doing Folsom Prison. King’s vocals were great, and Chris Scianni’s steel guitar is pretty hot, too.Very cool, too, is that, in the black-shirt, is Joe Grushecky, a long-time Pittsburgh, PA (and Jersey Shore) rocker favorite. He’s collaborated with Springsteen on a number of songs. The fickle winds of the rock gods blew in Bruce’s favor more so than Joe’s. But he’s an institution too.

Overall, another fun night in Asbury Park. I’ll be down there again this weekend, doing some more shooting of the Jersey Sound music scene. More to come on that…

Read more on the Light Of Day festivities here.

More of my ramblings about Danny Clinch here.

3 thoughts on “Getting Transparent With Danny Clinch”