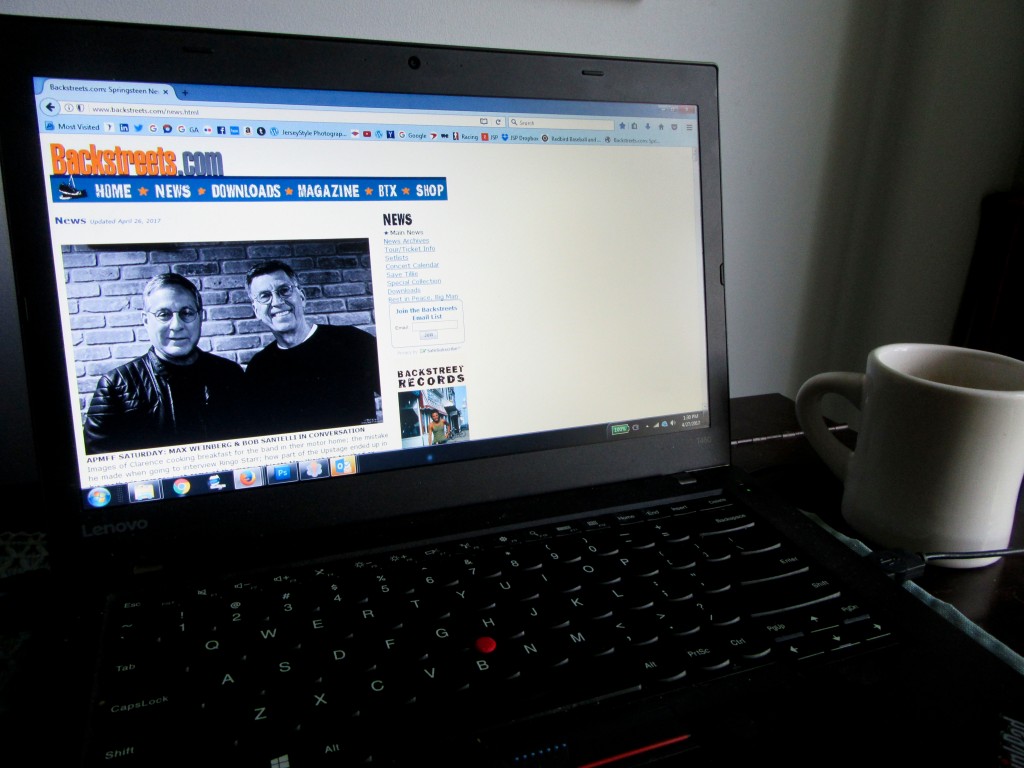 A trifecta for the week! The good people at Backstreets.com featured my photos for the third time this week, and I’m pleased as punch.

I guess it’s easier to get up on Backstreets when there are members of the E Street Band – both past and present – floating around Asbury Park for a full weekend. The latest tearsheet comes from shots I took while E Street Drummer, Max Weinberg, was interviewed by the director of LA’s Grammy Museum, Bob Santelli (whom I met a few weeks ago) at a small theater/club in Asbury Park called House of Independents.

The talk happened last Saturday, so I was still running excited energy after seeing Little Steven, Southside Johnny and Bruce the night before. That was good though, because after going to bed at 2 the night before and getting up at 5:30 a.m. (thanks to new puppy Bo!) and then coaching two baseball games, I needed something to run on.

The shoot itself wasn’t very challenging…just not very exciting. It was a basic two seat, two mic set up on a stage. Not much to really go on. 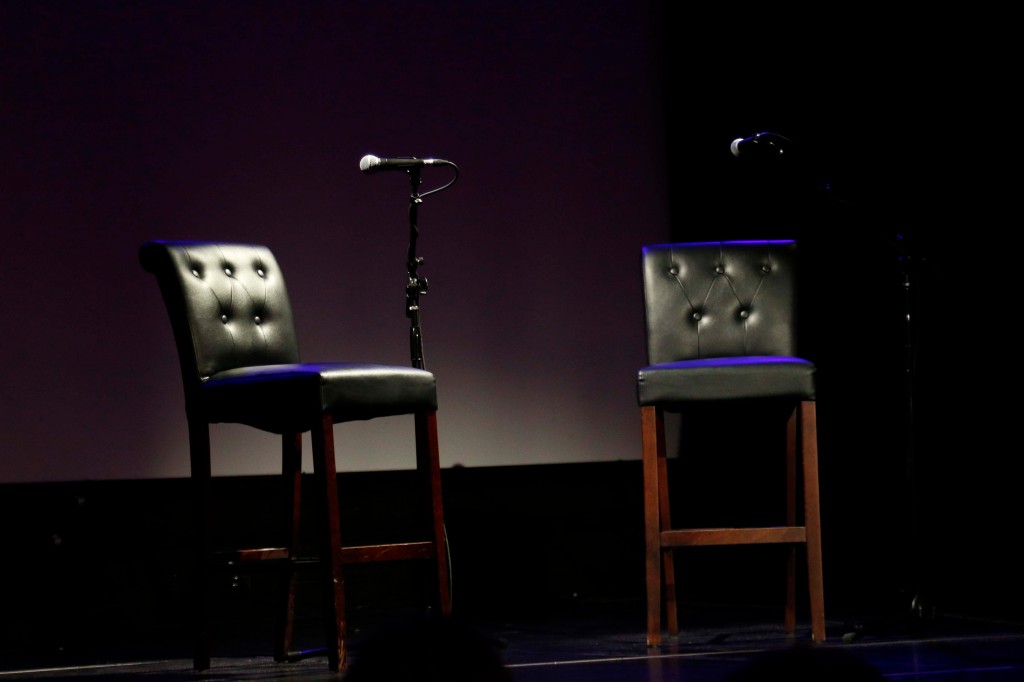 My first snap as I scouted the venue.

So, I had my work cut out for me. Ironically, as I was standing in the lower wings figuring stuff out, putting my sticks up, a guy comes up next to me and asked me if I was shooting video. I said it looks like they are indeed shooting video, but I’m doing stills for Backstreets.com.

Then it dawned on me that this guy was Mighty Max Weinberg himself, long-time E Street drummer (who also played on a Meat Loaf album and was the bandleader for Conan O’Brien) and the guy who would be in front of my camera for an hour.

So I made some small talk with him about the show the night before. I said it was great to see Steven, Southside and Bruce all up on the stage together. He said “Oh Bruce was there?” He said he wasn’t there, but he would be at Little Steven’s show later that evening. With that, another person came over and told Max he had to go to the meet-and-greet. I saw them walk behind me, where there was a lower-level foyer and bar, and go up the steps.

OK, with the small talk with the star out of the way, I had to look for something more interesting. I really wanted more than just stage shots for Backstreets. Not knowing what access I’d have, I just started to explore the lower foyer. I actually liked how the light was coming off the exposed brick, and did a test shot. 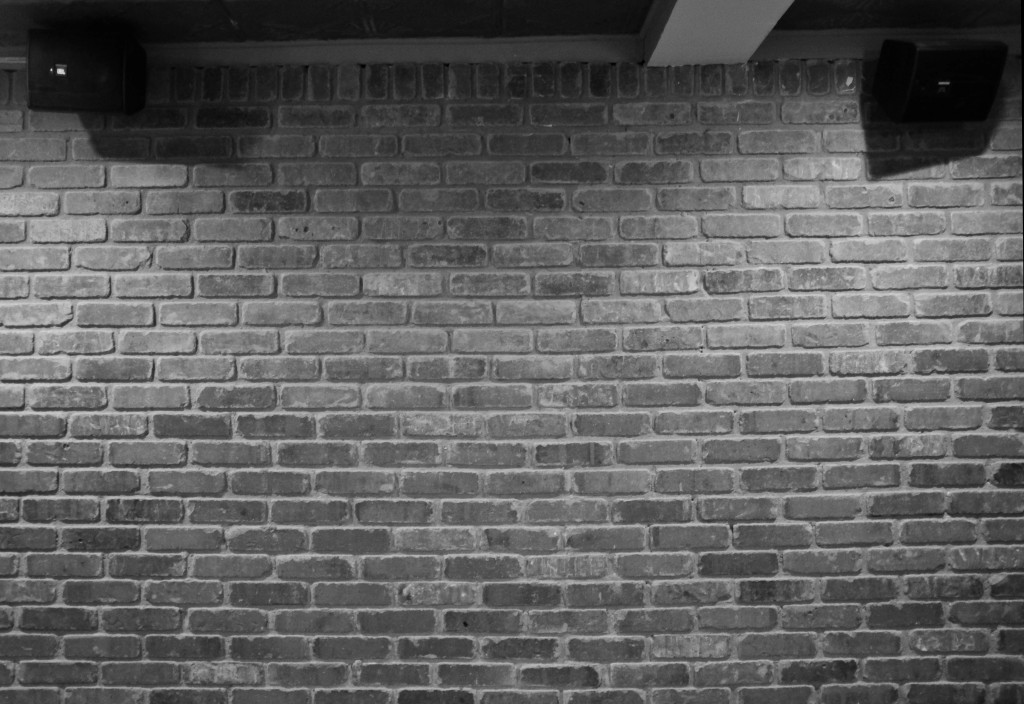 I like these brick-wall portraits so this was something. Guess that’s what I’ll hope for. The theater started to fill up and the time was getting close.

It dawned on me that what goes UP the stairs…will probably come DOWN the stairs. So I hung in that area.

Sure enough, Max and Bob came back down. As they took a moment before heading to the stage, I politely asked if I could shoot a quick portrait. Bob said “Me and Max or just Max.” I said both (later thought I should have gotten one of just Max too but oh well.)

Three clicks with the FujiX100T, I got what I wanted. 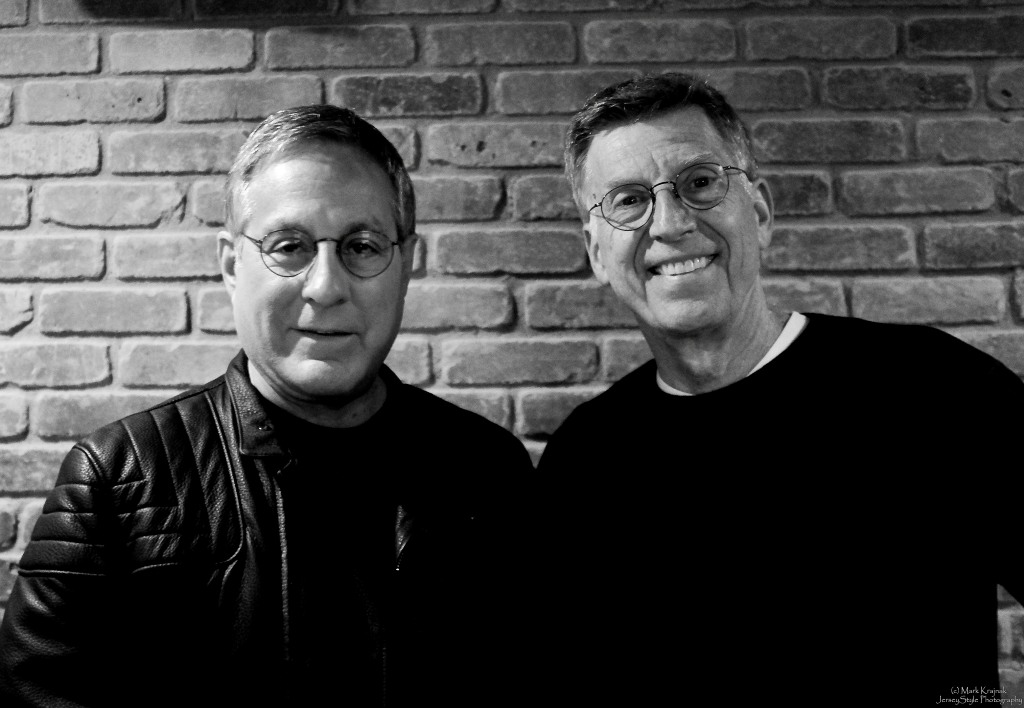 Available light, shooting in B&W. Is it the most interesting portrait ever?

Nope. But it’s something more than if I hadn’t scouted a bit, and hung around and asked.

And Backstreets, as you can see above, led their piece, written by the talented Caryn Rose, with it. 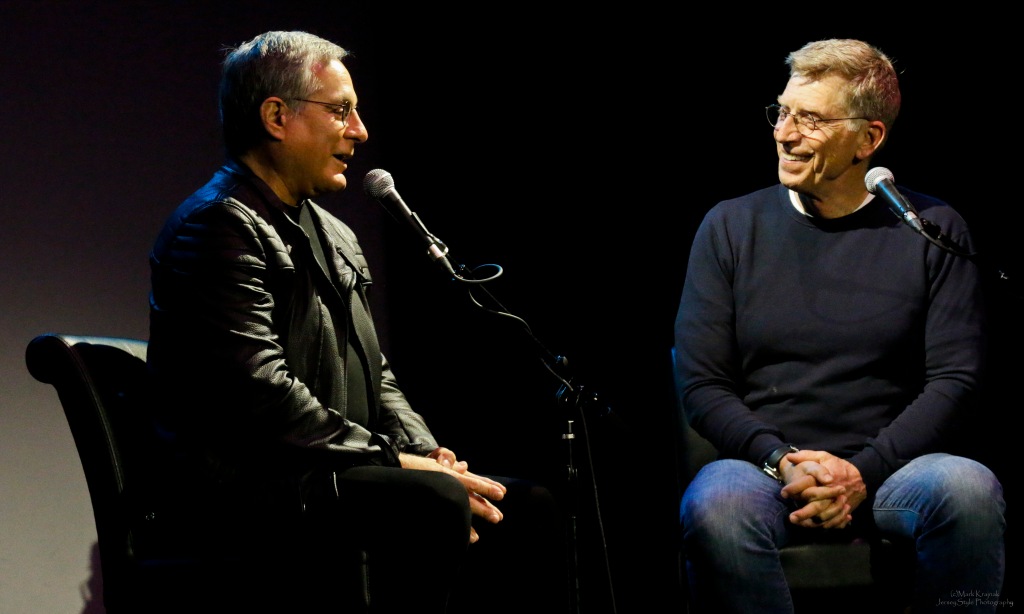 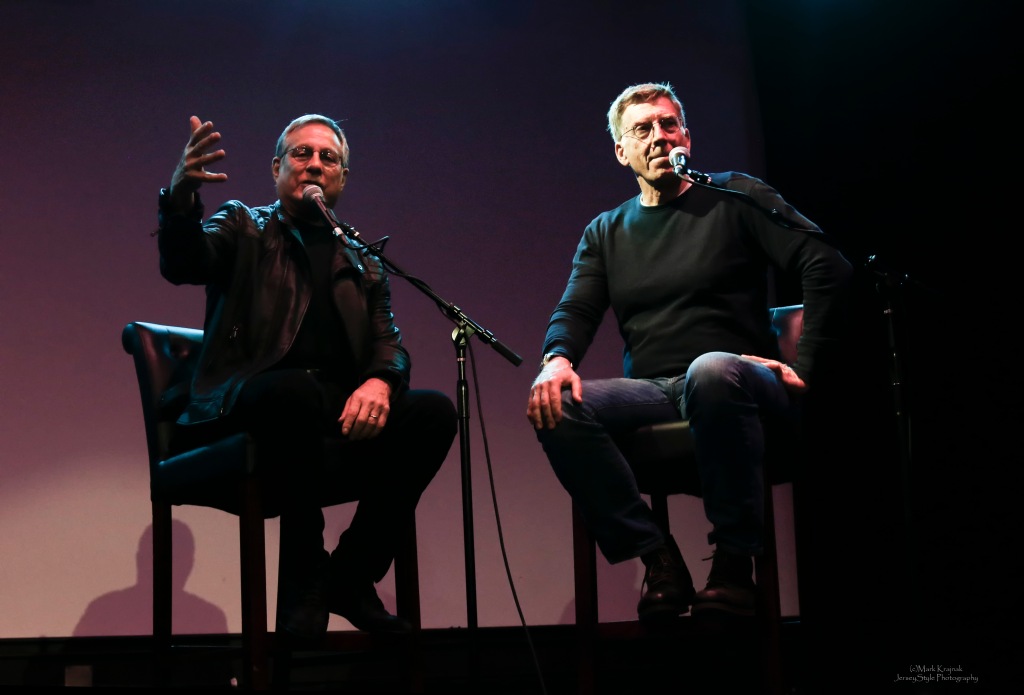 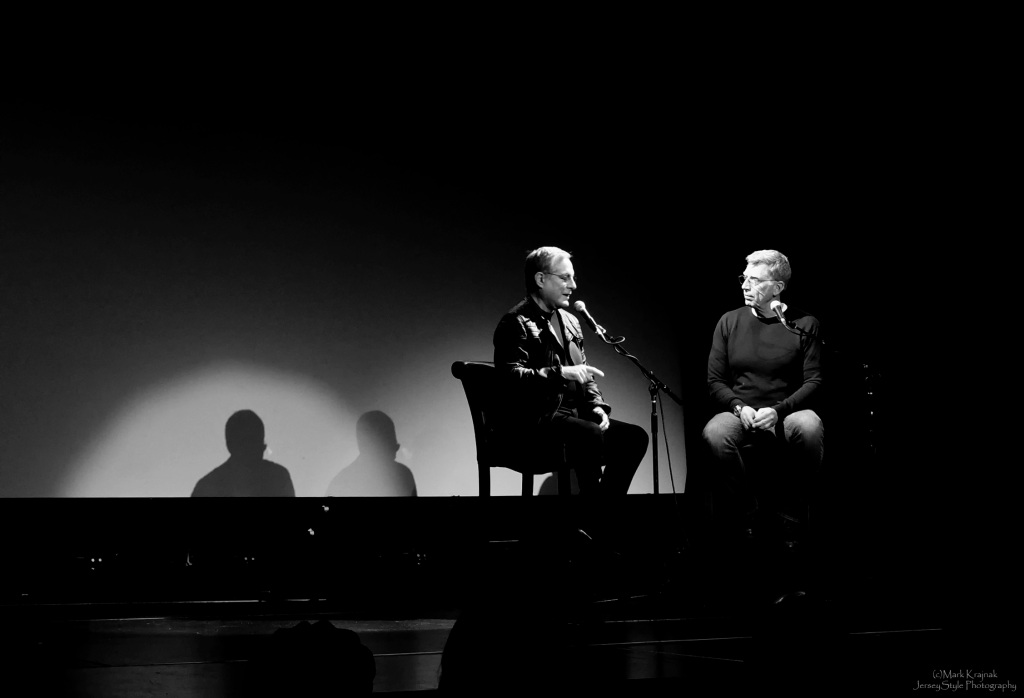 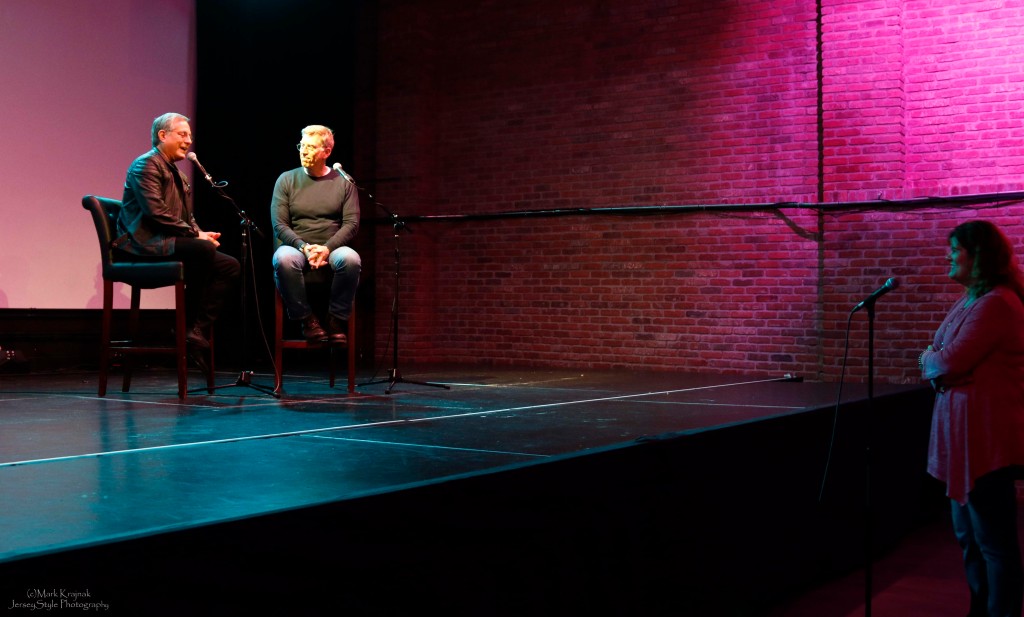 There’s a story to this shot. Read Caryn’s article to see why I submitted it to Backstreets….

So, in the end, I think I got what Backstreets wanted plus just a little more. And it was a MIGHTY good learning experience for me, too.

One thought on “Tearsheet: Backstreets.com and Mighty Max”