Not All Heroes Wear Capes

One of the things I enjoy about my regular 9-to-5 job is the smart people I get to interact with.

One of those folks is Dr. Husseni Manji, a leading mind in the area of neuroscience and mental health.

Now, Dr. Manji has better things to do than to get new headshots taken. As you can see if you click that link, the one he usually uses ain’t cutting it. But again, he’s usually resistant to sit down for a new one. And I can’t blame him.

However, when the big bosses say you need a new headshot for the the big business meeting, well, even heroes have to take heed. So, I was asked to shoot a new headshot of Dr. Manji.

The first two, no problem. Having worked with the photographer (Amy Fletcher) who did many of our leadership headshots, I knew where to get the best shots. Heck, she and I scouted the best spots several years ago!

Even the third shouldn’t be a problem. I’d be shooting on the tree-lined corporate headquarters of Johnson & Johnson.

However, come the day of the shoot…there was a catch: Dr. Manji’s allergies were acting up. I was to shoot him at 11:30 a.m. and he had a big meeting to present to at 1:30. He wanted to be shot indoors to hopefully temper his allergies.

Ok, no problem. Knowing the lobbies of J&J (and having shot in them before), I could coerce an image to appear in an outside environment, thanks to well-placed lobby shrubbery. Well, sort of anyway. 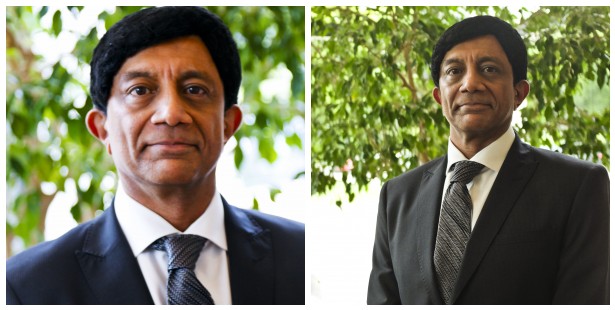 But I wanted to give the designer some options, so I also did more of a “corporate” setting. 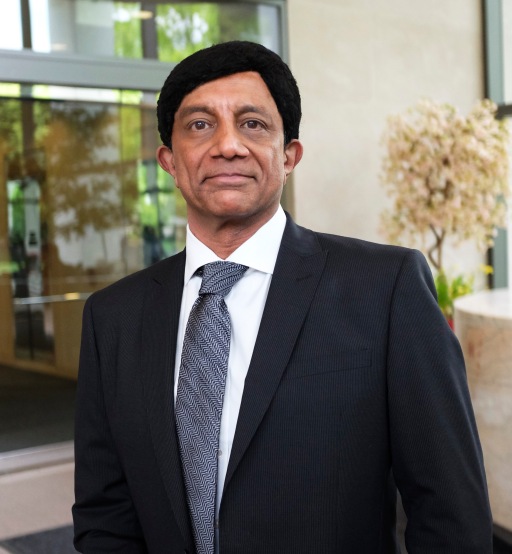 A little bit more glass and stone, less leaves.  I also shot wider so that the designer could crop if needed (yes, I tried to button his jacket. It didn’t look right.)

And tighter, with a bit more smile, too. 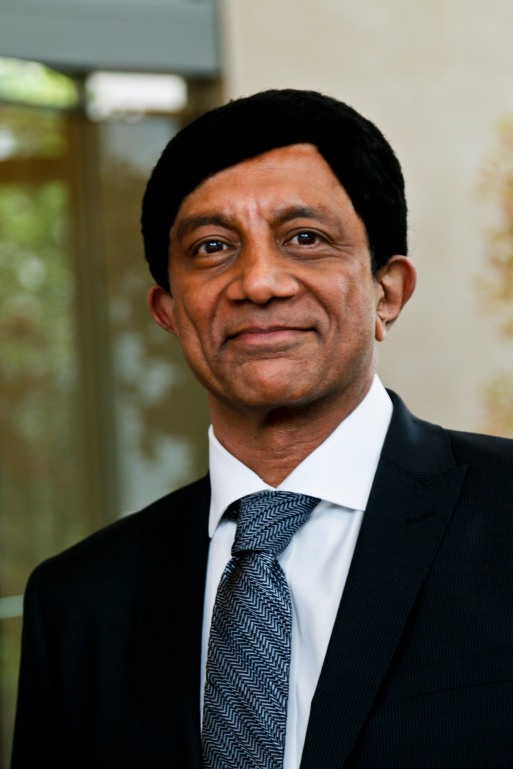 At this point, I pretty much had shot what the designer needed. I had Dr. Manji for only 15 minutes and time was ticking.

But I kept my eyes open. As his communication person took a call, I chatted with Dr. Manji, saying the last time I shot him two years ago, he was wearing a hockey jersey.

I also remembered (though I doubted he would) that I photographed him for the cover of a magazine seven years ago.

I asked Dr. Manji for two more minutes, and positioned him by the wall. Put down my Canon 70D and picked up my Fuji X100T. Because I knew before I shot the frames how they would look with that camera.

To me, this is the “hero portrait” I wanted for Dr. Manji. Quiet, dignified, solid. I like it in color with the slight turn, and the straight on, B&W that opens this post.

I sent these to the designer too, knowing they probably won’t use them but again…designers like options.

Here’s the final usage. You can see they went with the less “outdoorsy” one and more of the corporate one.

They went with what they needed and I fulfilled their needs. But I also got some portraits that I’m very happy with, just be looking around the scene a bit and seeing what else was available.

Get what you are asked to get, do it well, then get just a little bit more.

Sometimes that’s all you can do. Now Dr. Manji has all of my final images. I’m hoping he and his communications team can put them to good use.

4 thoughts on “Not All Heroes Wear Capes”