Just Around The Corner From The Light Of Day 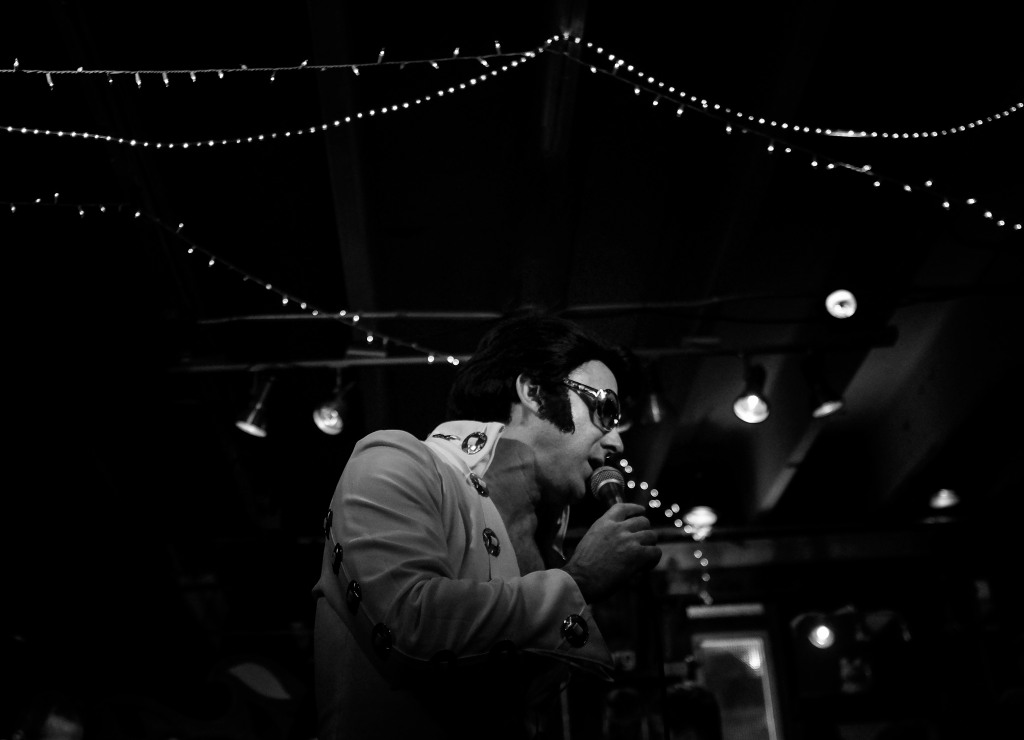 Honestly, you head down to Little Eden and you never know what you’re going to find.

But I’m getting ahead of myself a bit. Let me restart.

This past weekend in Asbury Park was the big Light of Day Winterfest 2018, a collection of musical acts and bands playing a number of shows in a number of locations across a number of days all across Asbury Park.

A few weeks ago, my buddy Zack Sandler told me he’d be playing with Bobby Mahoney at Langosta Lounge, along with a number of other acts. This show is sponsored by Blue Hawk Records,  Monmouth University’s student run record label (Zack is a student at MU.).

I was happy to see this LOD poster using my shot of Bobby and Zack from one of their shows this past summer.

And yes, the big draw at this particular event would be the appearance by Vini “Mad Dog” Lopez, the original E Street Band drummer.

Vini has had his ups and downs in the musical work, especially since breaking with Bruce. If you’ve ever read the New Yorker piece about Springsteen, you’ll see the break wasn’t exactly a kind one. But they’ve reconciled over the years, and Vini was inducted into the Rock ‘n Roll Hall of Fame along with the rest of the E Street Band a few years ago.

I sort of met Vini once before a few years ago, at the Last Stand of the Upstage. So, it was cool to head to Langosta Lounge on not-so-cold (well, by recent standards) to see him and the other musicians play again. 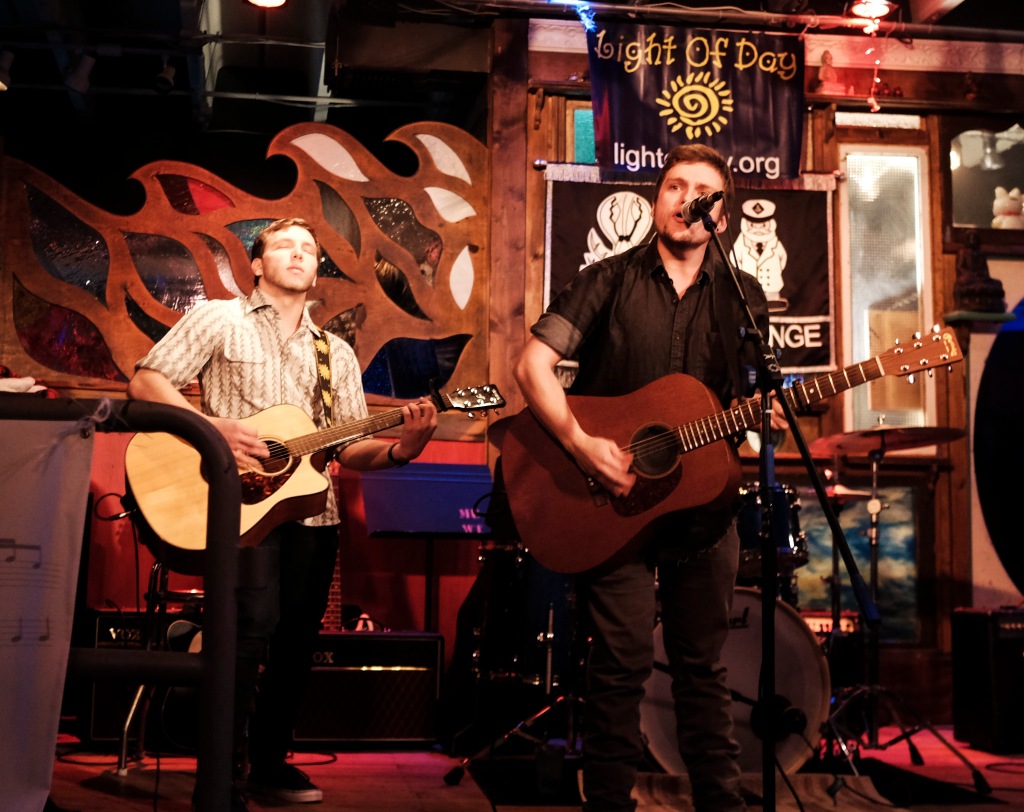 Langosta Lounge is a small restaurant right on the Asbury Park boardwalk. It’s a cool little place to grab a bit when you come off the beach but it’s open year round. It often hosts musical acts, so this was a good venue.

I shot a bit of earlier musical acts but was focused more on when Zack and Bobby got started. They started out with just the two of them, but then Vini joined them to play some drums on a very cool version of “The Fever”.

Then, between acts, I saw The King come in. I had hear that an Elvis impersonator was doing some Springsteen songs in Asbury Park (at House of Independents) that evening, but I didn’t expect him to come to Langosta. As it turned out, Vini was there too, and Elvis hitched a ride over with him.

Mad Dog Lopez driving The King down Cookman Avenue. You can’t make this stuff up.

In case, Elvis was portrayed by Mark Wright, a UK-based performer who’s been doing this “Elvis Sings Springsteen” act on the road for while. Mark’s a pretty accomplished entertainer and he’s an Elvis AND Bruce fan, so it all works out.

But to see him jump onstage for a rousing version of Rosalita…it was amazing. 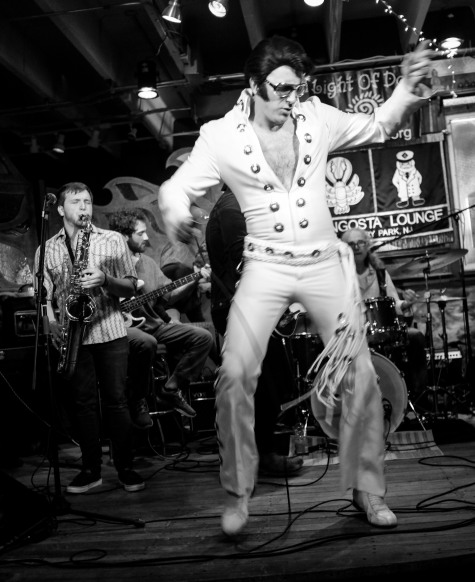 When Elvis jumped on, a number of the other acts were also on stage jamming. It was pretty crowded but at the end, I was able to gather the whole group together for a quickie group shot, one of those memories I like to capture.

It was also cool to get a shot of Elvis and Mad Dog together. For sure something I didn’t expect when that evening started. 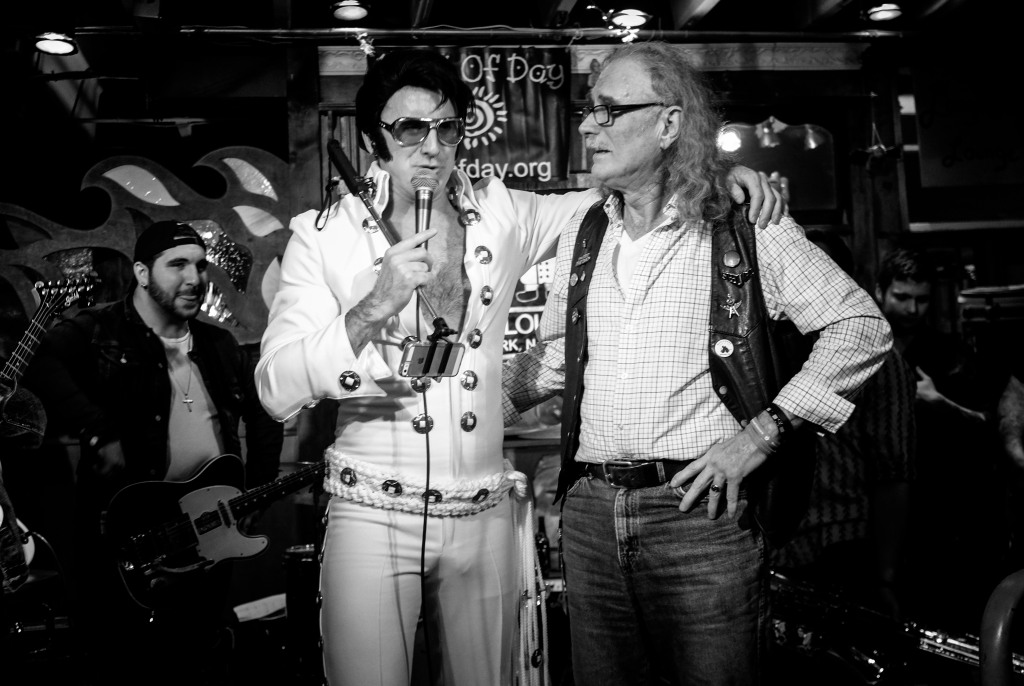 One of the other songs that Zack and Bobby played one was Spirit In The Night, with some great vocals by Joe Rapolla, one of of Zack’s music professors at Monmouth. It was really a wonderful rendition of the song.

When I came out of Langosta later that evening, the warmer temps and the snow created a foggy atmosphere down on Ocean Drive. I was parked across from The Stony Pony and the fog was diffusing the whole scene.

Got lucky, too, when it appeared my very own spirit in the night gave me a little walk-through when I was shooting the scene.

Sometimes you just never know what you’ll find when you head out into the night.

[PS: Rose Montana, who is a passionate supporter of the Asbury Park music scene, shot some great video of many of the acts that night, another shows from this Light of Day festival. Check out her YouTube page for more.]