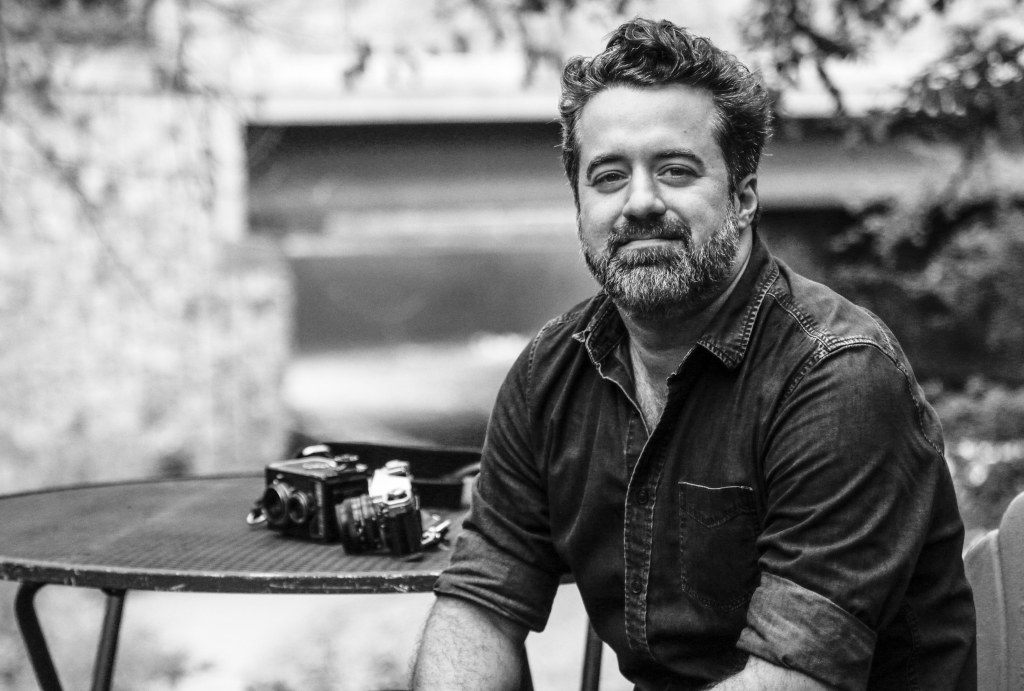 Anytime a photographer asks another you to take their picture, it’s an honor.

Especially when said photographer is award-winning.

And someone who’s work you’ve been following for years.

But a couple of weeks ago, Bryan Sargent, a wedding-photographer from Brooklyn who’ve I’ve known on-line in the usual places (Twitter, Facebook, IG) for years now, pinged me on FB and asked if I could shoot some new portraits for him.

Like I said, I’ve known Bryan for years on-line – we traced it back to one time a few years ago when his WordPress blog got “Freshly Pressed” – highlighted on the website’s home page –  and I saw it (it used to be kind of an honor to your blog recognized by WordPress. Happened to me once, not even sure if they still do.)

I liked his style in that post, and we connected. Then when you start following each other across social media you start to see other common themes and like – we both like the Phillies, he’s a HUGE LaSalle University (my alma mater) fan even though he went to Delaware, he’s a big pop-culture and ’90s music fan, so we have that framework that places at our growing up periods along the same lines.

And, in fact, I like his wedding work so much, when a friend of mine from my job was getting married and asked me for photographer recommendation, I suggested Bryan. And they hired him!

Still, when he said he wanted to come to Allentown to my garage studio, I was taken aback a little. I mean, he could throw a stone from his Brooklyn apartment and hit a dozen great photographers to do his portrait, and he wouldn’t have to rent a Zip Car to get to the shoot.

But no matter. We settled on a day the other week and before I knew it, a red Zip Car was pulling into my driveway.

Bryan brought is lovely wife, Kara, along. She grew up not to far from where I live but moved away a long time ago. All the cornfields and sod farms in my ‘hood surprised them, but I think they liked getting out of the city a little.

Not only did he bring Kara, he brought along a true NY delicacy:

The cookies would have to wait, though. We had work to do.

OK, so I had some big plans for the shoot, but we had to shorten it up a bit since I had to pick Liv up from school a little early to get her to a braces appointment. But there were still a few scenes I wanted to work through.

The first set up I wanted to do were portraits against my Savage Universal gray seamless background setup in, yes, my garage. I was going to light some of the portraits with my Neewer Vision 4 strobe  in an Neewer 32″ softbox. I got dialed in pretty quickly. The first test shot I did, I was happy with.

So when Bryan was ready, I turned on some music we both like, and we got started. One goal of the shoot was to show the film cameras he often used in his wedding work.  I started with him standing, but didn’t love how they were looking. Not as relaxed as I wanted. He seemed more nature sitting on the apple box, as you see in the shot up above.

By then, we were all loosing up and he gave me some nice looks. 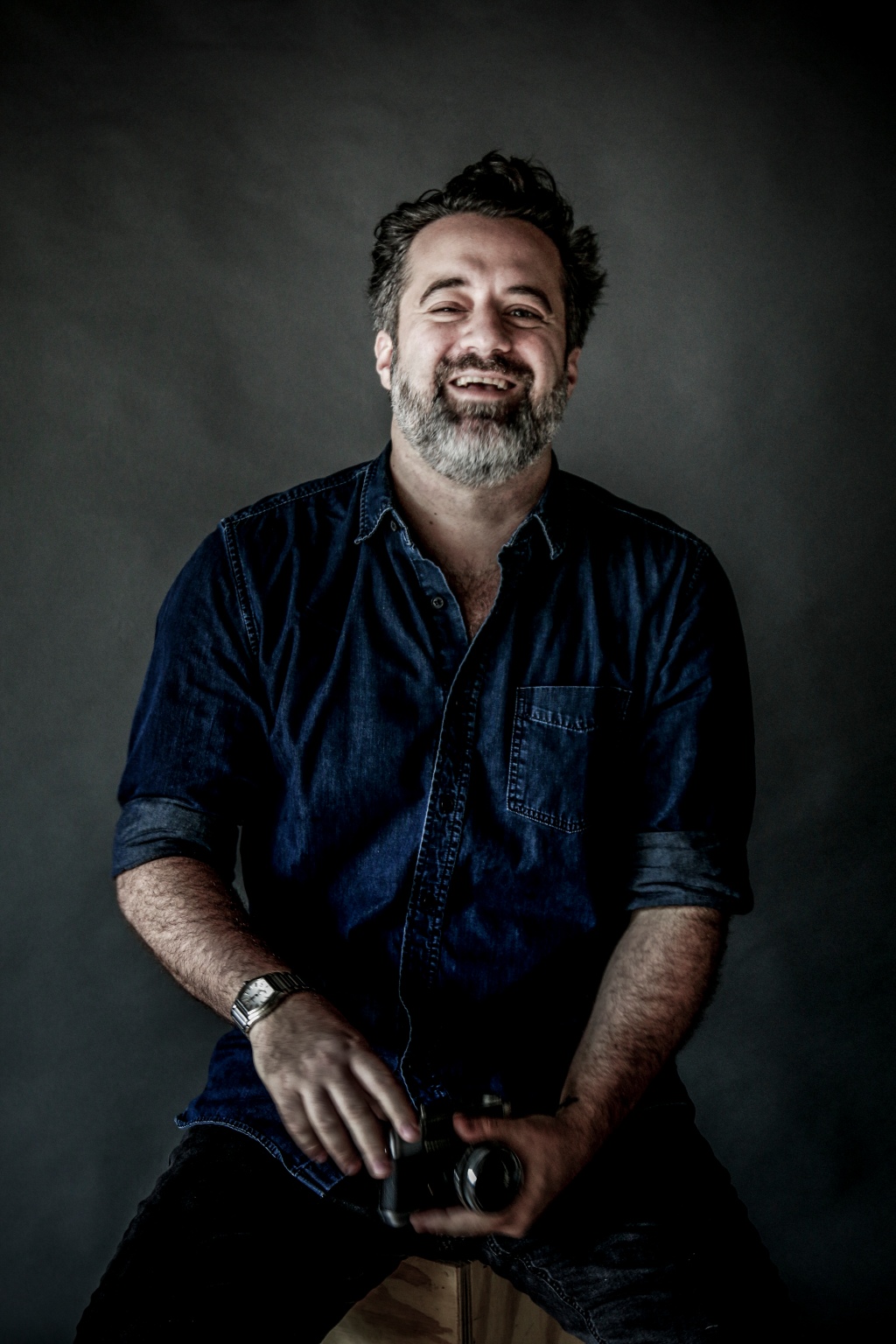 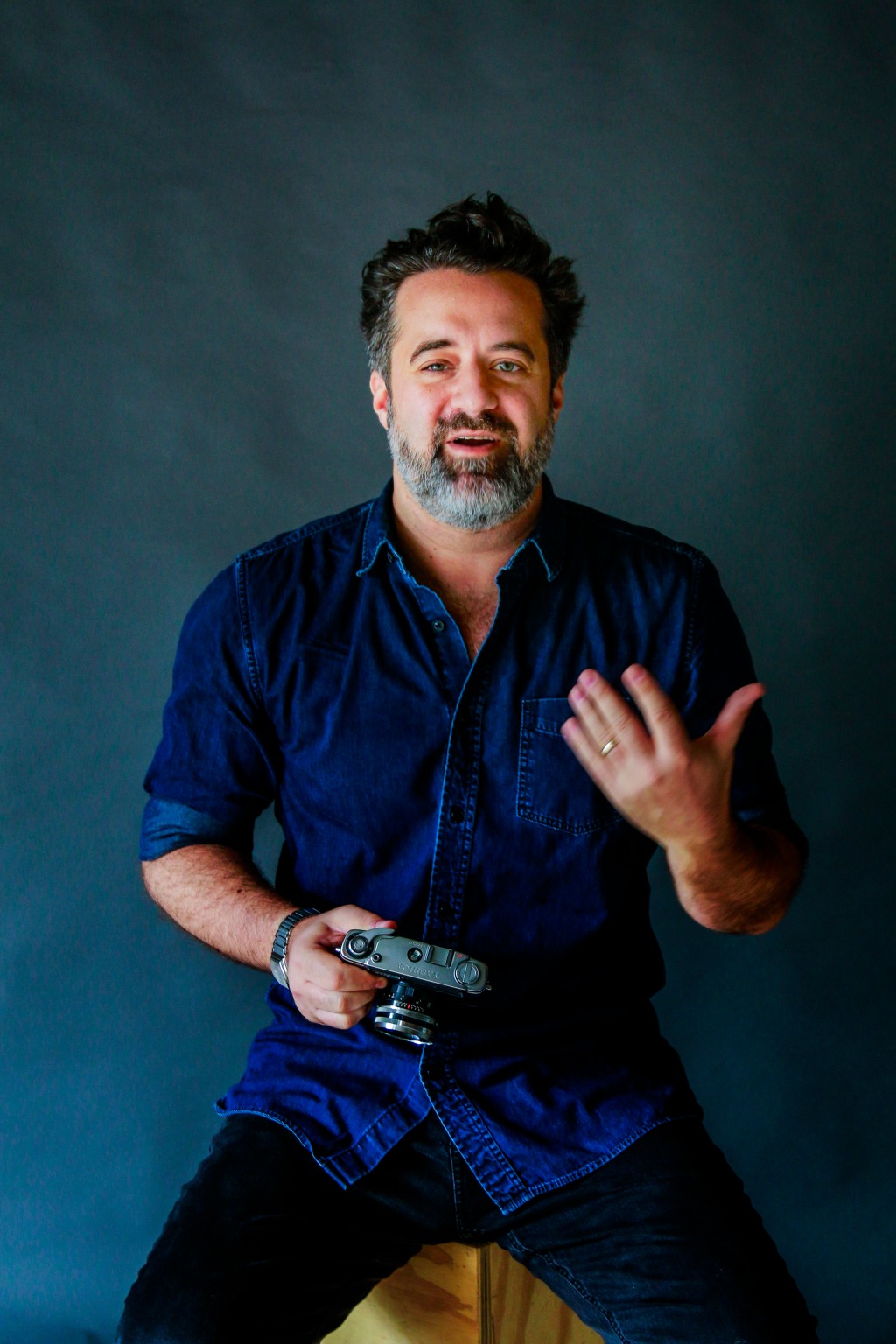 From the garage studio, we pivoted to outdoors. I wanted to do some environmental portraits. After a quick wardrobe change, we went out into my yard. The day was gray and overcast…pretty nice for portraits with my 70-200 mm lens on the Canon 70D.

By now, time was growing short (times always flies by when I’m shooting. I always think, wow, two hours will be a long time, then *poof* it’s over). I told Bryan and Kara I wanted to take them into Allentown and do some environmental portraits there – the city guy out in the country (I also wanted to shoot him coming out of one of the nearby cornfields and totally forgot about that concept – should have written down my shot sheet.)

So they followed me to the gravel parking lot behind the Old Mill on Main Street in Allentown. There’s an old artist shop with corrugated metal siding that I’ve shot my kids against, so I knew it would look great as a backdrop. 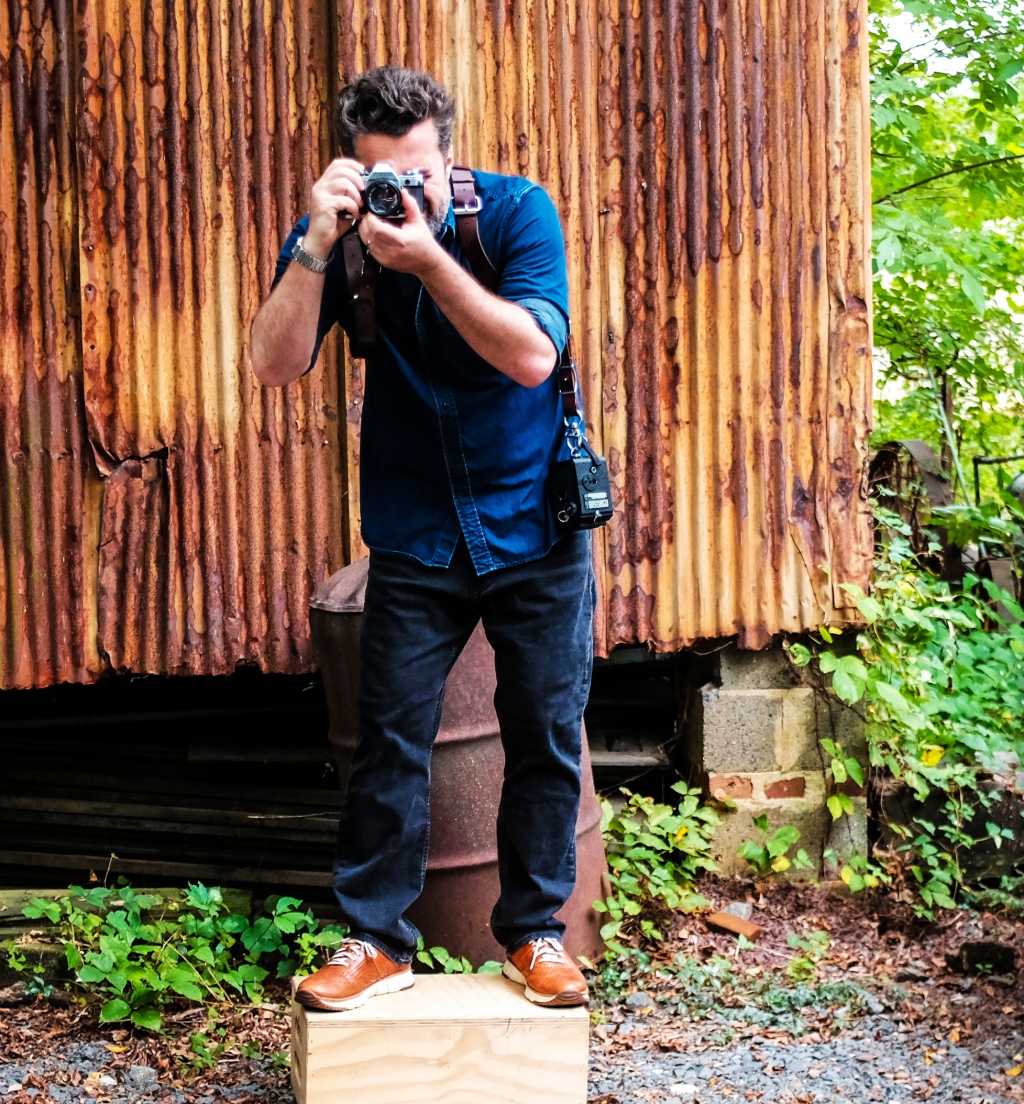 We only had a short time left, so I moved him around a bit, areas that I like and the light was nice. Not sure if he’ll ever use them, but I wanted to get them in the bag.

We were getting up on the time when I had to roll, but there were two more shots I needed to get. 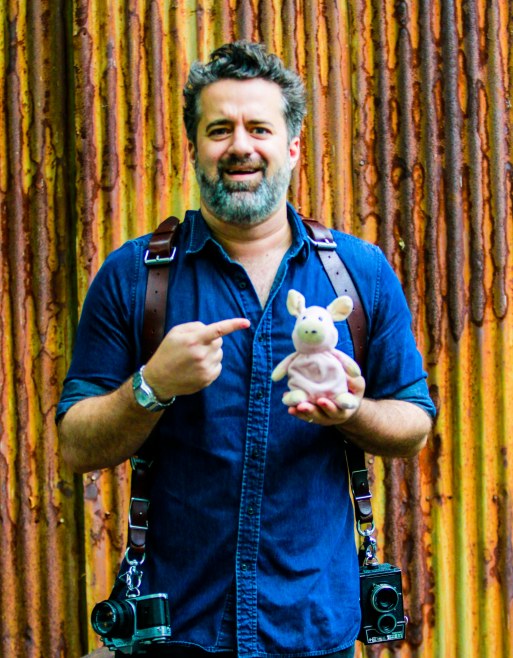 And then, I had to get the wedding photographer and his wife into one couples photo!

It was great to meeting Bryan IRL, as the kids say – that’s In Real Life to us older folks.

He’s a great guy, super good shooter. Hope he gets a lot of use out of the pics we did, and I appreciate him asking me to do them!

4 thoughts on “Sarge Comes To Allentown”