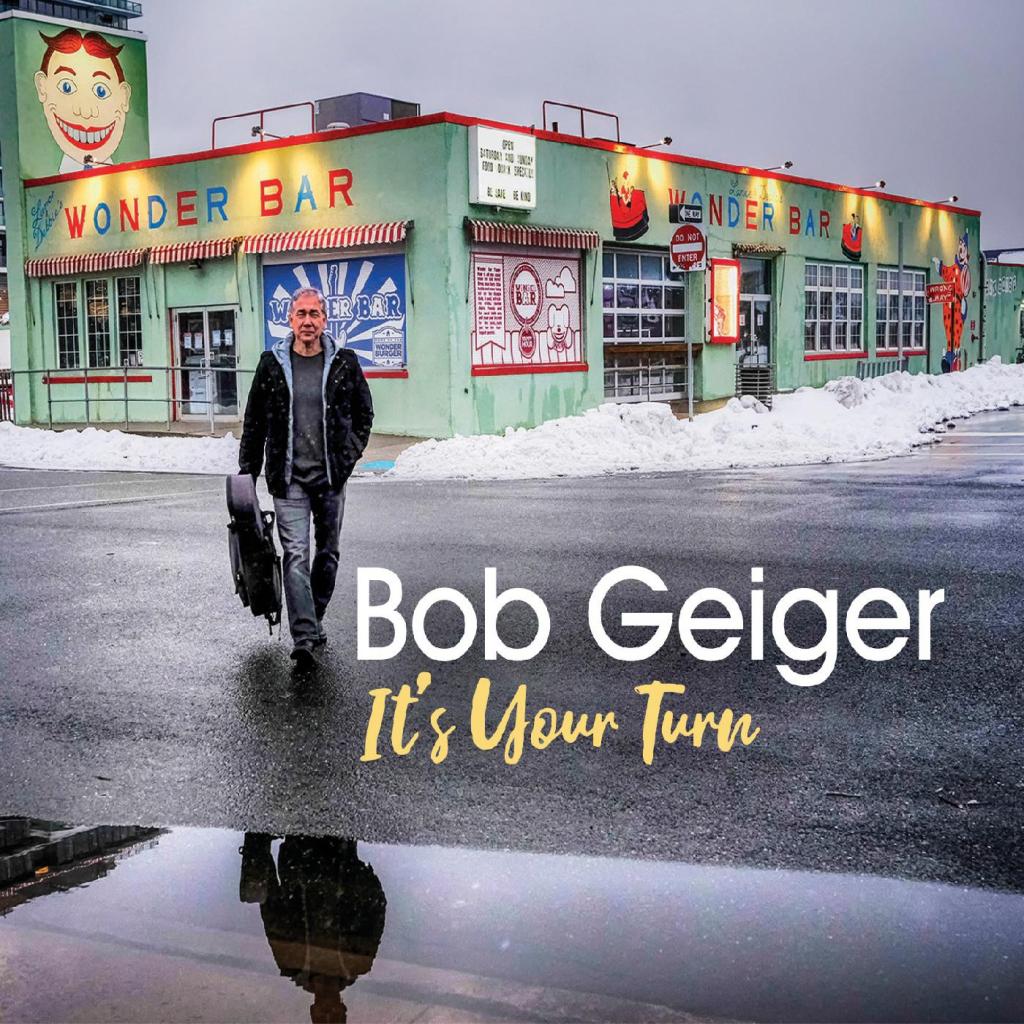 It’s always great to see someone’s passion project come to fruition.
And it’s even more special when you get to be a part of that person’s passion project.
Back in the wintertime, I got an call from my photographer friend, Diane Dimmemo. Diane and I have shot a number of shows together, including Sea Hear Now, back in 2019. She’s now the editor of Asbury Park Vibes, which covers the AP music scene.
Diane called me to ask for some assistance. She had got connected to a Pennsylvania-based musician, Bob Geiger, to do some marketing shots for his new album that he was working on. This would include possible cover art as well.
Bob used to play the AP circuit back in the ’80s.  So, as he prepared this album, he wanted to do the photography in his old stomping grounds, Asbury Park.
I thought this sounded great and was thrilled Dianne asked me to be part of this project with her. Our first steps were to have a couple of Zoom calls with Bob, to get an idea of his creative process, his thoughts for the photography and for his cover ideas.
After having that all in place, we made plans to meet up for the shoot.
So, this past February, on a cold, snowy, slushy, gray Friday afternoon, Diane and I got to spend an afternoon at Ghost Harbor Creative, a stellar creative space owned by Caroline Davidson, doing some portraits of Bob. Though he’s settled into a good life, music has never been far from his soul. And it showed.

This past year, he decided to put together a new album, an intensely personal one that speaks to the highs and lows of his life, including surviving a horrific car accident many years ago. It’s an album that he dedicates to his wife, Tammy and his two sons, Brandon and Brian. A song like It’s Your Turn is his musical offering to his boys, one that is a lyrical passing of the torch, so to speak. 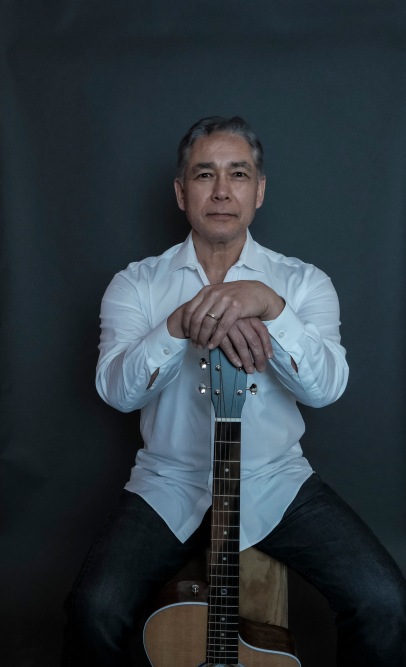 We all get one turn – no second chances, no do-overs, Bob writes in the linear notes of this album. He recorded this album in the midst of a global pandemic. During a horrific time in our global history, Bob found a way to shine a light, and create.

My shot of Bob crossing Ocean Avenue in Asbury Park, from The Wonder Bar to Convention Hall, wasn’t on our shot sheet. But as the snow was starting to fall that late February afternoon, and The Wonder Bar was lit up, I saw it in my head as something that could look cool.  I asked him to walk to the camera. And again. And again.
It was the reflection in the puddle that I liked. And I think Bob liked it too.  I’m thrilled he liked it enough to make it the cover of this special album, his passion project for his sons. 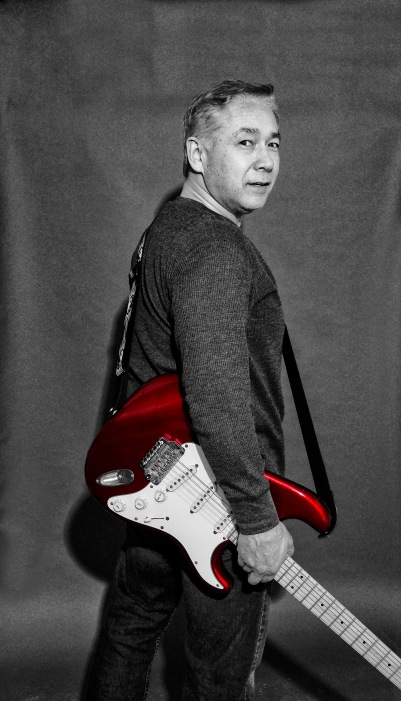 Here’s an unedited, BTS shot. For all the images at Ghost Harbor, I was shooting with my Fuji XT3 and the 16-55 lens. The background is the Savage Universal Thunder Gray paper that I like so much. A Neewer Vision 4 monolight with a Neewer 47″ octogonal softbox and/or Neewer 8×36 strip light.

For the cover shot…I saw the scene developing in my head as I was walking to meet up with Bob and Diane and got super lucky that I could push the pixels enough in the fading Asbury Park light. Sometimes it’s the unplanned shot that becomes the golden one.

Here’s a quick-and-dirty video I put together for an Instagram post I did to help promote Bob’s album. The more eyes and ears I can help him get on this, to help The Joshua Group, the better.

This was a fun shoot with a very talented musician. Very happy to be part of this very personal project for Bob. Please give his album a listen.