I woke up this morning to see a NY Times headline that André Leon Talley had passed away at 73.

I’d be surprised if you’d know who Mr. Talley is. I doubt I would except that he emceed a couple of the Blue Jacket Fashion Shows I’ve shot, the last being in February 2020, just before the world went sideways.

Mr. Talley was a big man, that wore flowing outfits. He was hard to miss in this situation, even with all the beautiful people about.

He actually reminded me of a friend I had in Philadelphia back in the 1990s. Richard Brown – Doc Brown as we called him – was a music instructor and a man of similar size. But I digress.

After the BJFS that time, though, I did some reading up on Mr. Talley. He was quite the person and innovator. I urge you read the NY Times profile on him above, or any of the other pieces written about him. Just Google his name. You’ll find a lot. 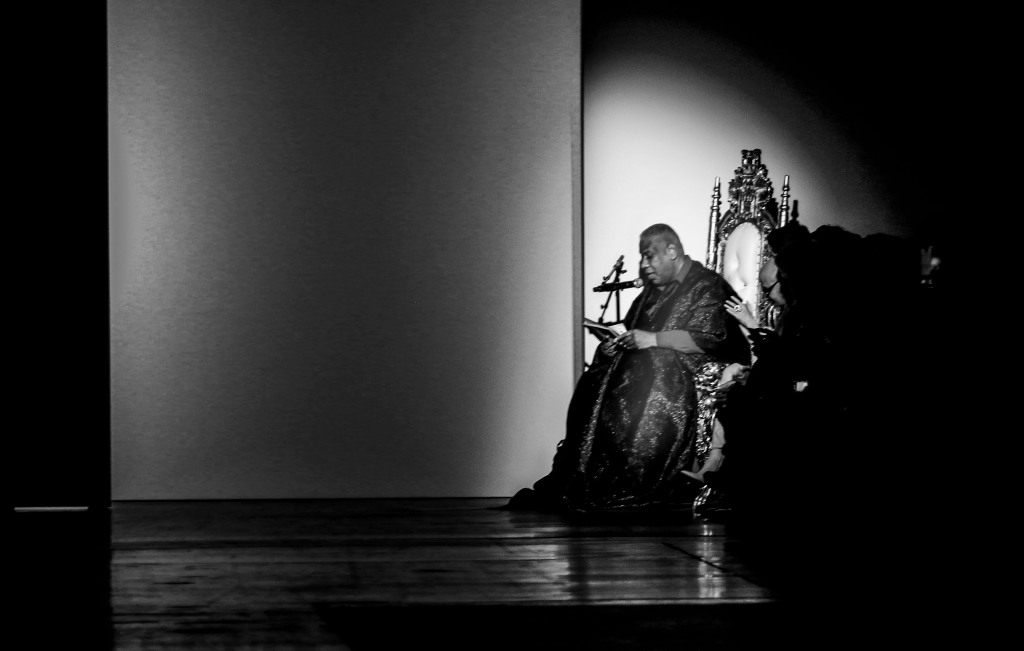 When I saw that alert come through, I dug through my files to find a couple of photos. Not the best ones ever – very soft, not sharp, I was way in the back, light was low up front, excuse excuse –  but glad I captured a few of Mr. Talley at those events. And learned more about his remarkable career later. 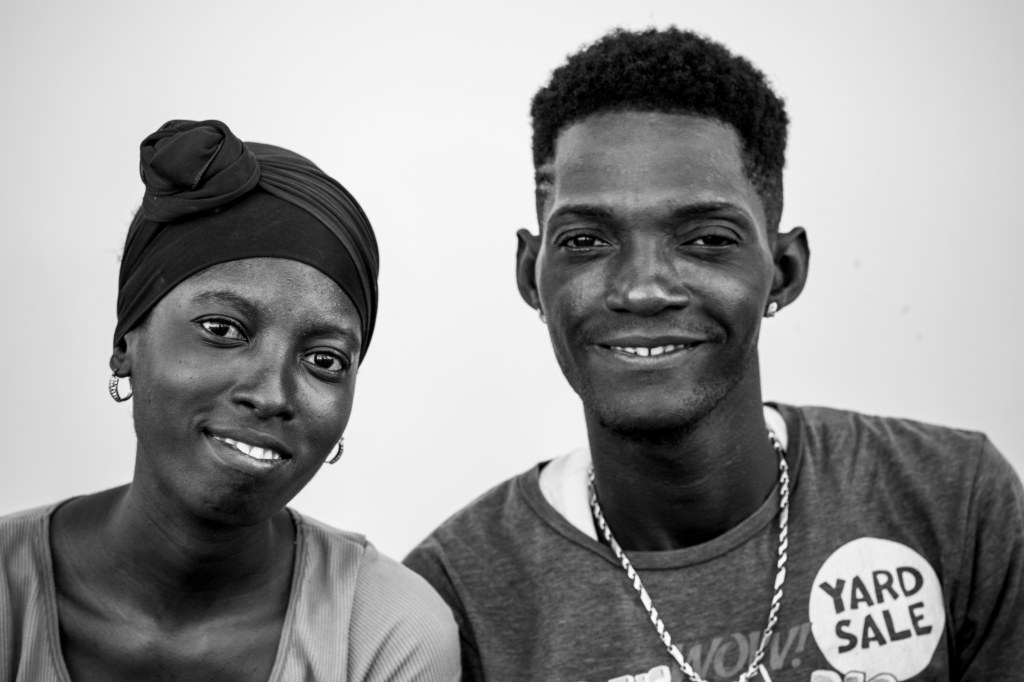 A few years ago, I used to run a feature called Sunday Focus. Here, I would “interview” photographers whose work I was interested in, or worked with. I’d email them a few questions, they answer them and email them back to me. And I’d run some of my favorite photos of there.

Now, in 2022, I’m hoping to resurrect that feature. One of blog resolutions for the new year.

Kicking it off today with a double threat – Tom Darin Liskey is a writer and a photographer. He is a graduate of the University of Southern Mississippi. I think I first learned of him through his books (This Side Of The River is a favorite of mine), and then found out about his photography. We’ve been friends on Facebook for awhile now, and I love to see what he posts. He’s taken the “on-the-street” portrait to another level. By his count, he’s done nearly 700 of these. Wow. That said, he did spend nearly a decade working as a journalist in Venezuela, Argentina, and Brazil, so that probably helped give him the instincts, and courage, to walk up to strangers and get them comfortable enough to let him take their photos. 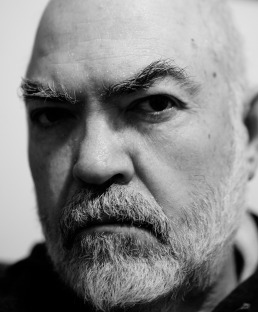 Tom was born in St. Louis, Missouri, and now resides in near Charleston, South Carolina. By day, Tom is a Latin American Energy Expert (which explains why he travels a lot). Here’s more about this talented photographer and writer.

A: While I love digital, I am a sucker for film. There is something magical—and nostalgic—about walking around with an old film camera dangling around your neck. I like film because it is finite—like life. You’ve only got so many exposures, so you need to make everyone count. Unlike digital, there is little room for excess. It is minimalist magic.

Q: Canon, Nikon or Other?

A: I love Nikon film cameras. The F3 and the latter autofocus cameras like the F100 and F4 are beautiful beasts. As for digital, I went the Leica route for a bit, but I’m pretty happy exploring the world with Fuji. I’m too lazy to learn Photoshop, so I like Fuji’s in-camera color system.

Q: Camera eye? (Which eye to look through the viewfinder with)

A: The right eye, even with digital. I don’t feel like I’m taking a picture unless I’m looking through the viewfinder.

Q: What draws you to photography? Do you come from a photographic background?

A: I was a print journalist for most of my career. That was before I went into data analysis and energy intelligence last decade. Back when I worked as a news correspondent, I’d have to take my own pictures. At some point, photography just became part of the narrative of the stories I was writing.

While I am no longer a professional journalist, I continue to write fiction and poetry and (thank God) get published. If I am writing a piece of fiction (or even non-fiction) the themes in my photos are often linked to the piece I’m working on. Photography helps to keep my writing tethered.

Q: A scan of your website shows you enjoy on-the-street portrait photography and also photojournalism. Tell me about your method for selecting people for your street portraiture. Any tips to get strangers to relax in a short period of time like that?

A: People are walking stories, and I’m usually drawn to something unique about the person I eventually stop to talk to for a street portrait. The trigger could by anything. A piece of apparel (I am an unabashed hat man), or a book tucked under the arm. Almost anything. If I stop someone, I offer a respectful compliment. That’s how I strike up a conversation. Talking goes a long way.

According to my back-of-the-envelope math, I’ve stopped about 700 people over the last few years. I am still surprised I’ve been able to take that many pictures of complete strangers. Some of the people I’ve met in Mexico, Port of Spain and London, have become friends.

Q: In addition to regular shooting, you have a couple of personal projects on-going. What are your goals with these? How do these projects influence your photography?

A: I have a photo project exploring faith using both 35mm film and digital images. I am working on a black and while film project exploring Charleston, SC. I joke that I am ‘gleefully toiling in obscurity” as both a writer and photographer. While I am not a prodigious or prolific writer, I do manage to eke out a bit of short fiction every once in a while. 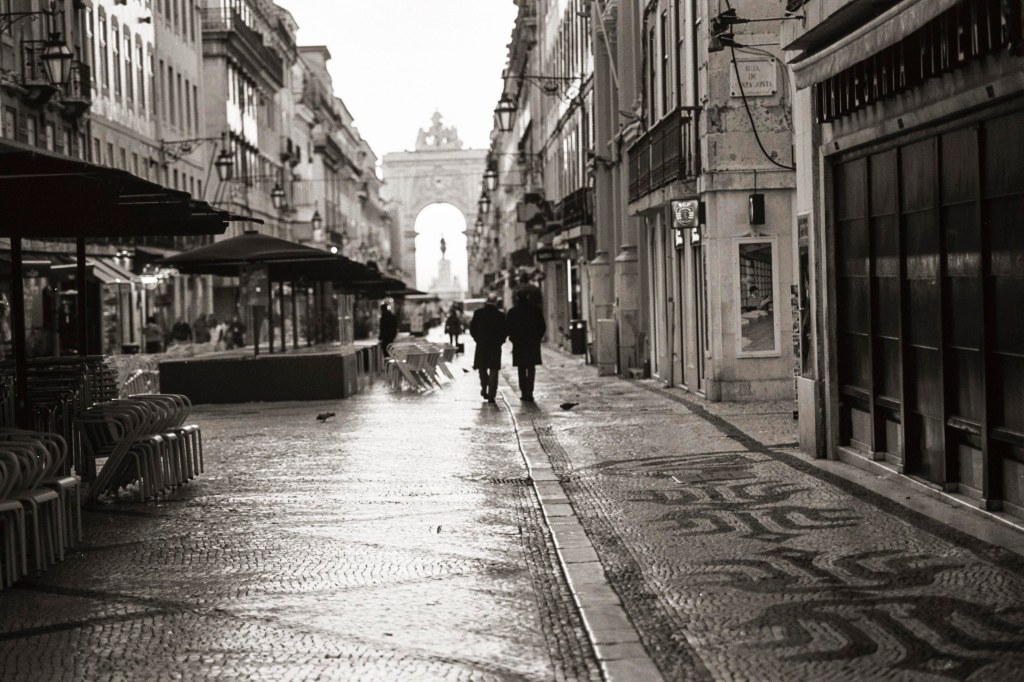 Right now, I am trying to market a collection of short stories that have been published over the past decade, as well as a hybrid poetry-photography project with the Maine-based poet Kelly Belmonte. We call it, In Transit. It is a collaboration of our “When and Where” in that last glimmer of normalcy before Covid-19 changed the world.

Q: Who are three photographers you admire? Three writers?

A: I love Kristin Capp’s take on Americana and her work on the communal living Hutterite communities in America and Canada. Another photographer is the late Bill Doyle. He’s sometimes called ‘Ireland’s Cartier-Bresson,’ but I think that’s an unfair comparison. Tom Wood is another Irish photographer whose work I love. 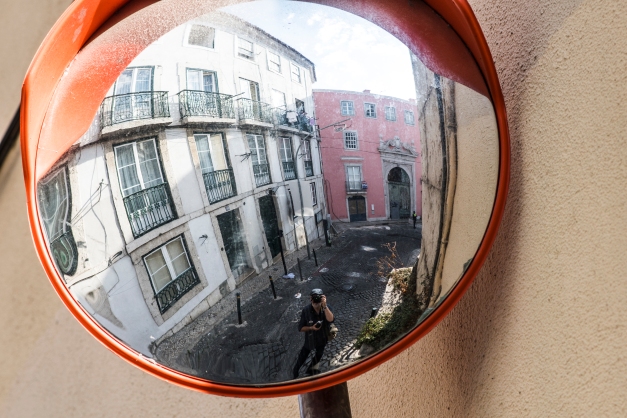 As for writers, I constantly find myself going back to these books: Kent Haruf’s Plainsong, Walker Percy’s Love In The Ruins and (a three-way tie) between Melville’s Moby Dick, T.S. Eliot’s Four Quartets and Nathanial Hawthorn’s Twice-Told Tales.

Q: Where can people find you on the web?

A: I was hoping you could tell me that!

Ah, sorry Tom! That’s up to you! Can’t wait to see what new portraits you put up on  your IG and your next written collection of stories!

Folks, please check out Tom online – both his photos and his book! 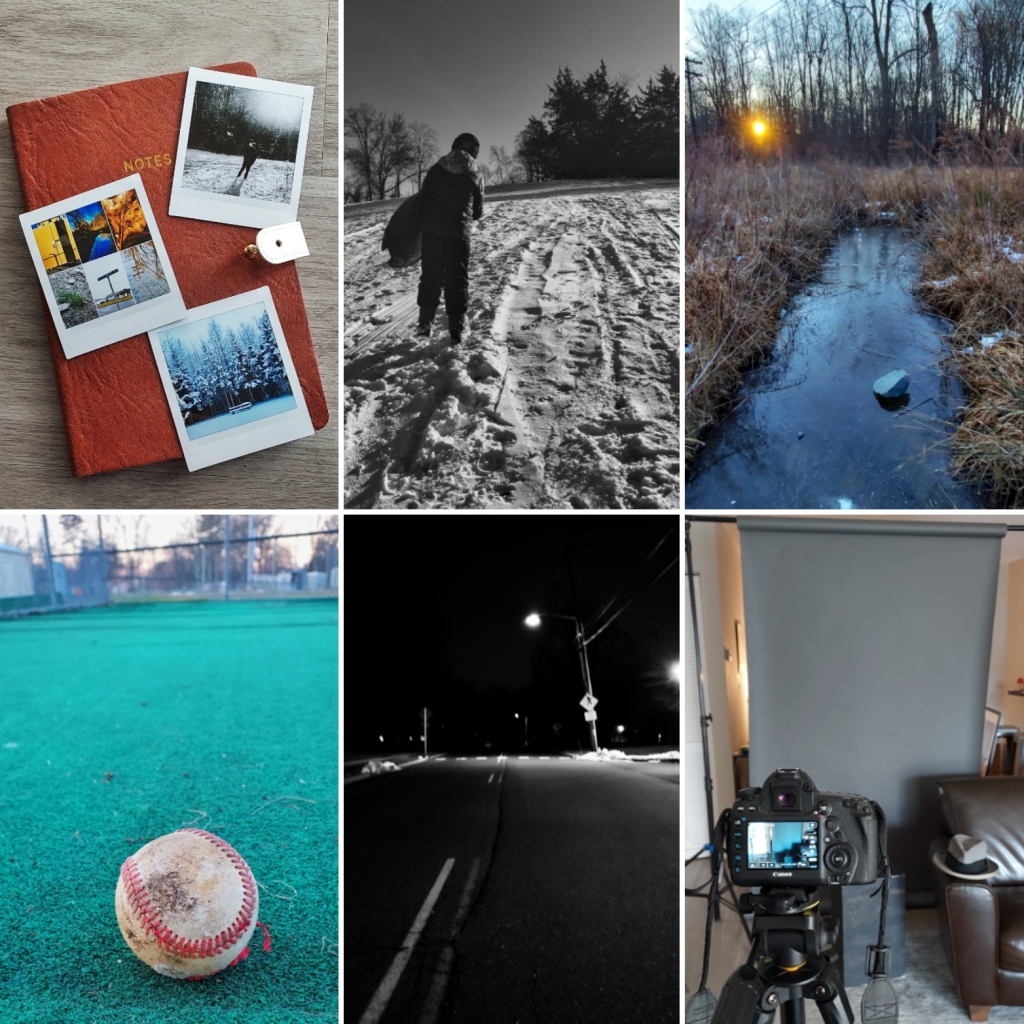 Where do you get your inspiration from?

Please answer in the comments below. I listened to an interesting podcast this week where this was discussed.

And the two hosts, Jeffrey Saddoris and Sean Tucker, came at it from different places: Jeffrey is an artist, Sean is a photographer…who went to seminary school about 10 years years ago.

(I’ve been listening to them a lot lately, having just found their Deep Natter podcast. I’m catching up on past episodes, but man, these two are easy to listen to. Their voices are perfect for this, and their discussions are friendly and interesting. Check it out.)

I like to think that I pull from many different sources. Books, movies, even music lyrics.

But, I’m trying to expand that circle and include more.

Who are your sources of inspirations? I’d like to check them out.

What I Read This Week: In addition to Ride The Pink Horse and Crime & Punishment, I’d dipping in and out of The Meaning in the Making from Sean Tucker and The Real Deal: Field Note from a Working Photographer from Joe McNally (I’m not in this one, sadly.)

What I Watched This Week: The Tender Bar. Affleck is great.  Also Landscapers on HBO Max. The story is interesting, but what’s really cool is that, during the end credits, they show BTS shots of how scenes were shot.

Listen: Joe McNally on the Photofocus Mind Your Own Business podcast, talking about his career, the Nikon Z9, and what makes a good photographer.

Watch/Listen: Sam Abell on Behind The Shot TV. Great interview.

Wonderful Machine: What Is Humanitarian Photography? Written by my friend, Gary S. Chapman

Watch: Yesterday was Garry Winograd’s birthday. This PBS documentary, All Things Are Photographable, is free online until January 31, is a good watch.

Favorite Photo of the Week: Via Mark Coggins

“Sometimes I feel like the whole world is a place I bought a ticket to. It’s a big show for me, as if it wouldn’t happen if I wasn’t there with a camera.” ~ Garry Winograd 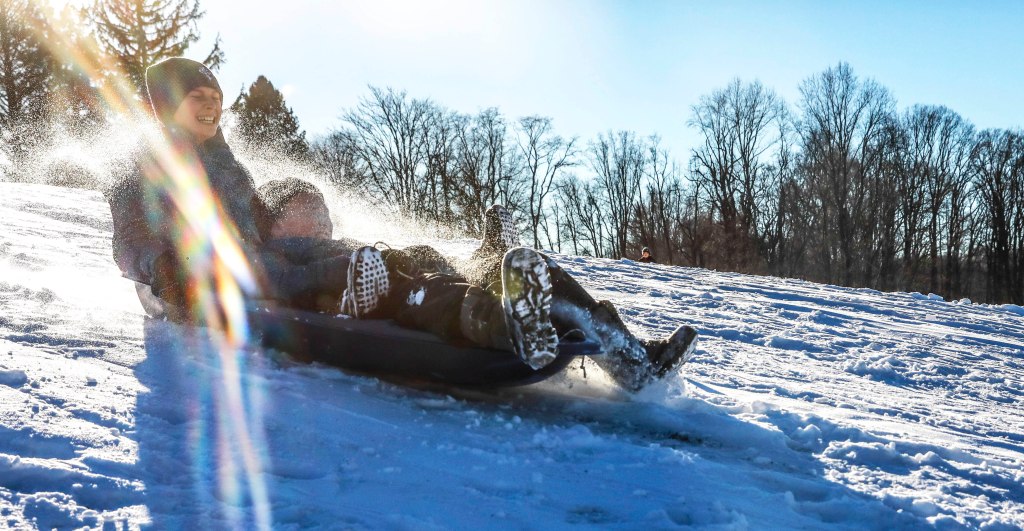 Chase and Matt felt the need for speed

This past week, we here in New Jersey got some snow.

Started falling on Friday evening but stopped just before morning.

Saturday dawned cold and sunny and layered in white. Me and Matt took a walk to the local woods near me, reveled in the whiteness while following some animal tracks that appeared.

In the afternoon, we loaded up into Beauford the 4Runner and headed to the slopes.

The “slopes” are some nice sized hills that ring a local golf course.

If you have a really good run, you’ll have to stick your feet out and dig your heels in. Otherwise, you’ll head over the edge and into the pond. It  was frozen, but no solidly so.

Liv using her skateboard deck as a snowboard

I did do any riding down. But I did take the Canon 5DMIV to see what action shots I could get. I really like the one that opens this post.

But these are fun too. 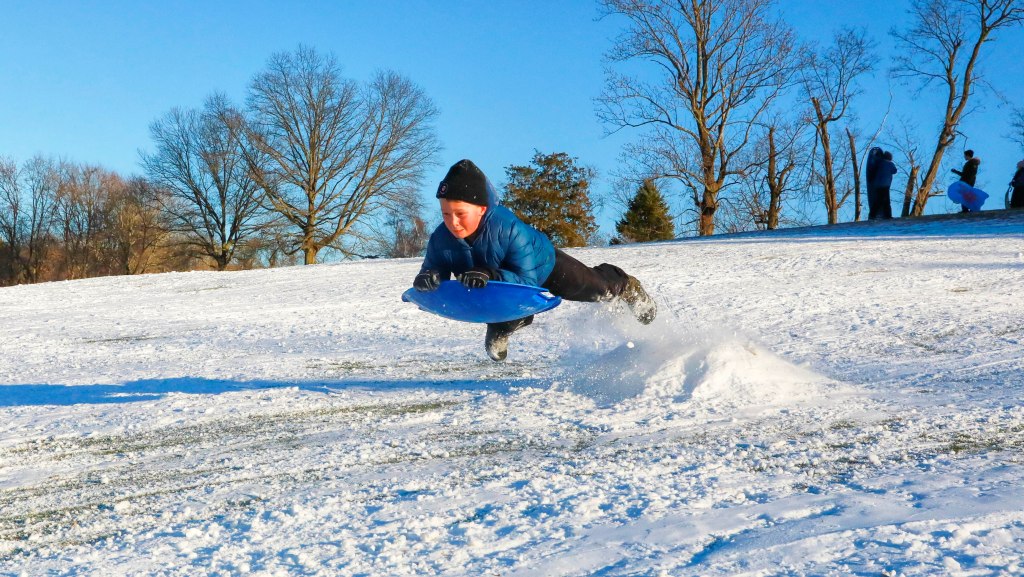 Love the old school sled this youngster had 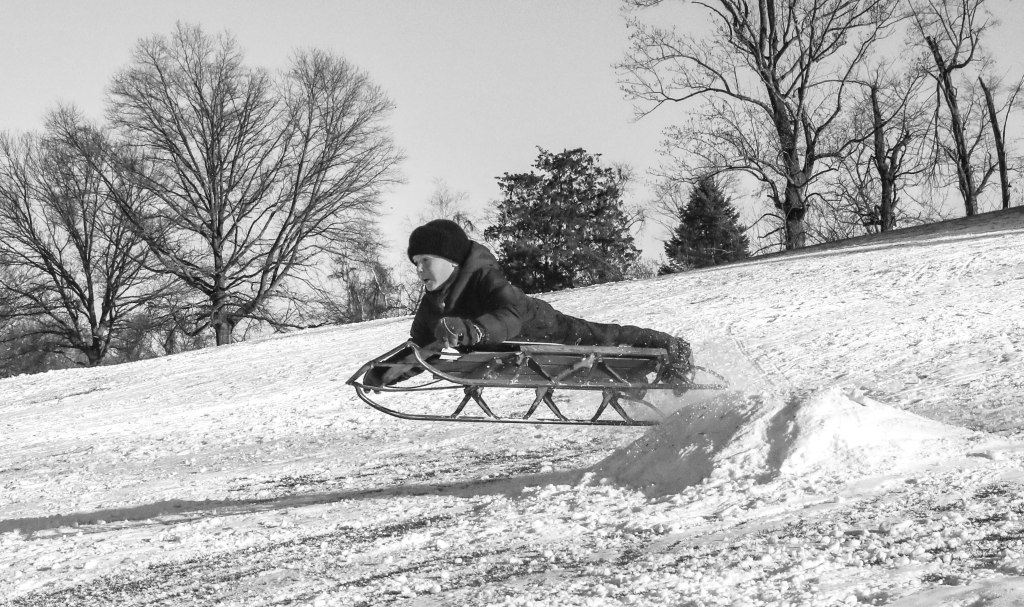 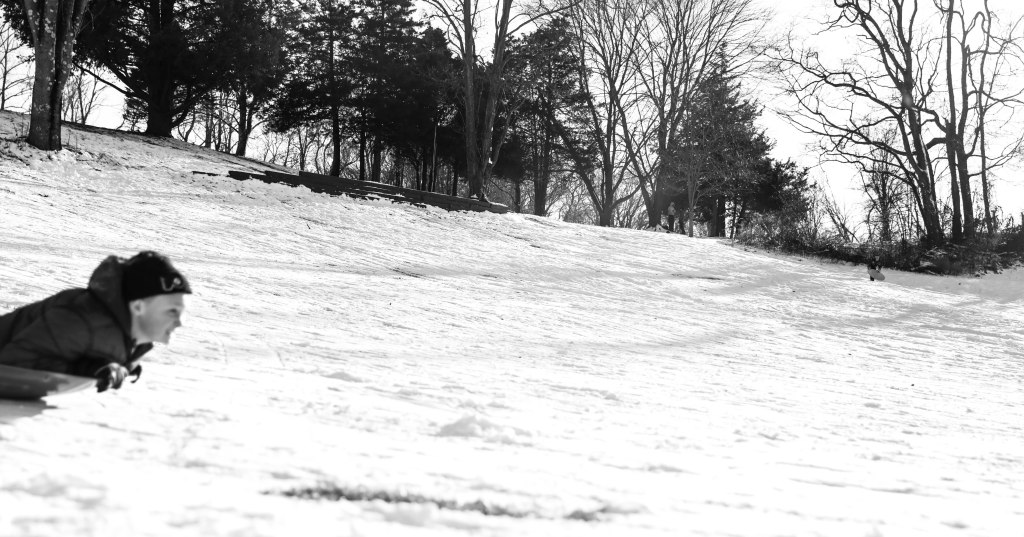 Good idea here, but missed the focus on Matt. Like the negative space. 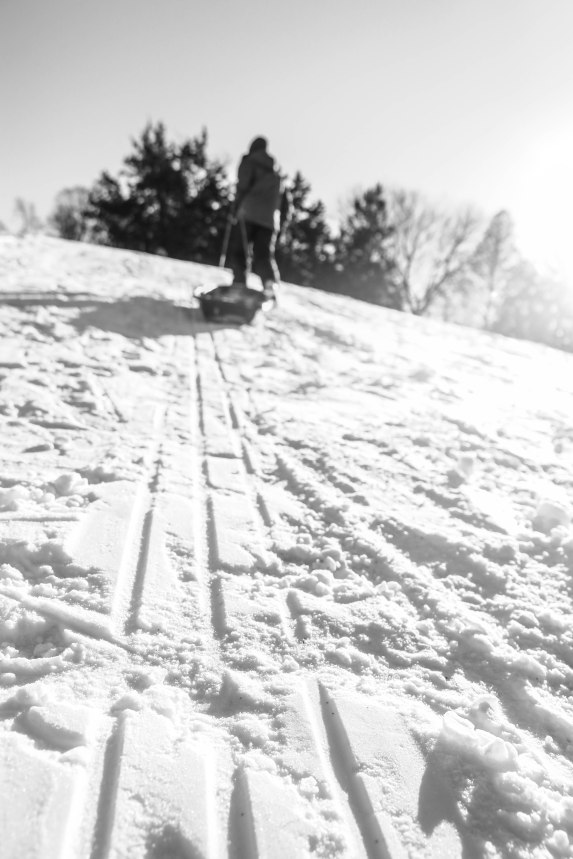 Chase, under the early moon

After a couple of hours, we were cold. And tired. And hungry. Pizza was on tap.

But on the drive how, as I tried to warm up, I remembered this past summer. One warm June night, shooting NJ musician Dan Amato on the boardwalk in Point Pleasant.

As we were finishing up our photo shoot, he wanted an orange swirl from Kohr’s Frozen Custard, a boardwalk icon. 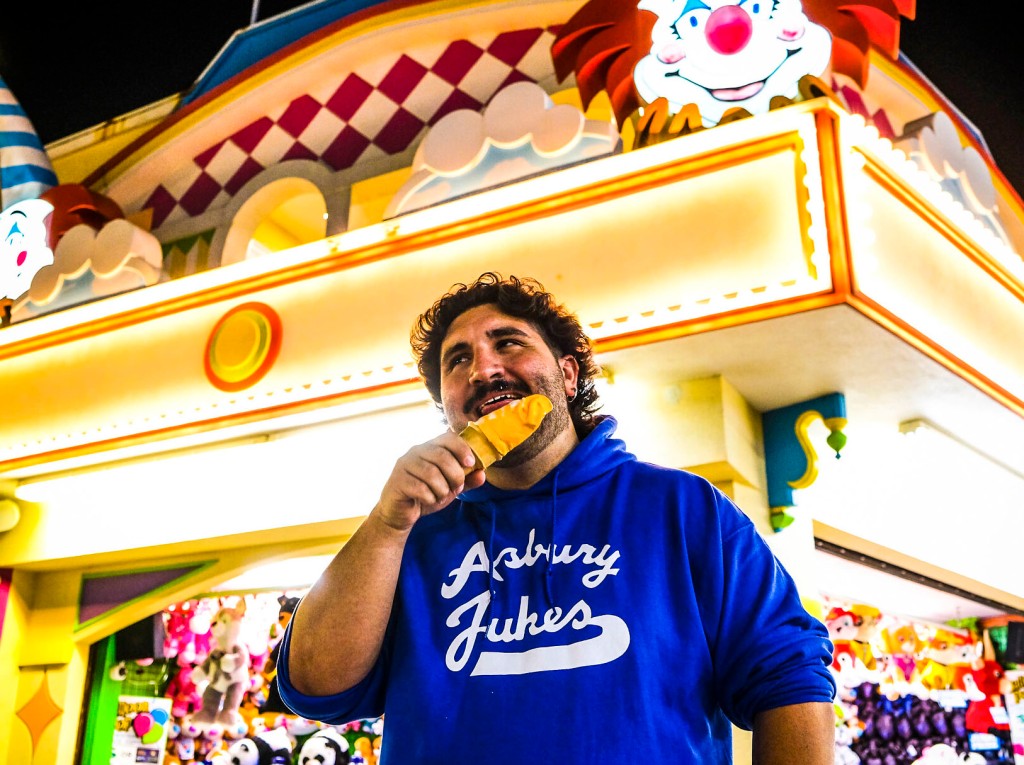 The boardwalk sights and smells and summer laughter…and the warm air with a breeze coming off the ocean….I wouldn’t mind being back there.

Soon enough! But, till then…Let It Snow (just not to too much).