Runnin’ and Gunnin’ in Chicagoland

It’s like when I crossed the Outback on a a camel with a gasoline can full of port.

Yep, those are the things you hear when you’re out on the road with a couple of creative types. 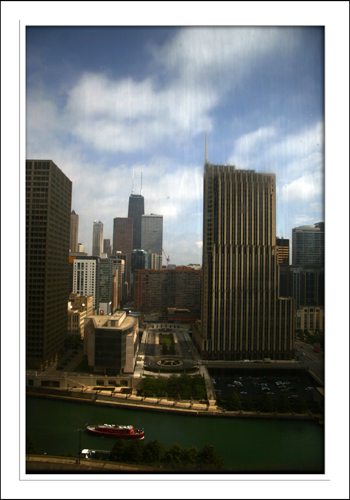 In one of my favorite cities in the world, Chicago, providing some backup to a photoshoot for my day day job. No, I’m not the one doing the shooting. I’m just providing a little creative assistance, helping out the art director on the shoot and being the client.

Landed on Tuesday afternoon, went for a quick run down Michigan Ave, and then met up with the rest of the team for dinner. The creative director from the design agency I use hired a new photographer for this shoot so it was really nice to meet David Bowman and his assistant Josh. Actually, David shot something else for us, but I wasn’t on that shoot and had never met him before Tuesday.

Great guy who hails from the land of 10,000 lakes, Minnesota. Check out his blog.

Anyway, Stephen (the creative director) David and Josh scouted a number of locations on Tuesday. Due to a late scheduling change, we had some free time on Wednesday morning, so I took the opportunity to take a walk over to Millenium Park and check out The Bean. 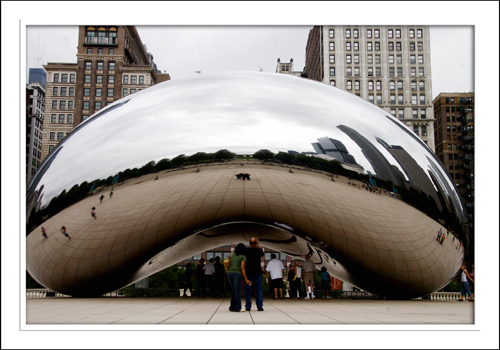 Pretty cool piece of art in Millenium Park. Offically it’s called Cloud Gate, but unofficially it’s The Bean. I think the last time I was in Chicago was the summer of 2004 and it wasn’t around yet. At least I don’t remember it.

In the afternoon, David started to rip pixels getting a lot of good shots for the project we are working on. A cool photoslide show of the images will accompany this story I’m working on and I’m excited to work with Stephen to develop.

David behind the lens….

It was a long day of shooting capped off by some gorgeous light as we headed back to the hotel via Lake Shore Drive. This city is beautiful, from the skyline to the people. I always enjoy the time I spend here, which has been a lot over the last 10 years.

Ended the day with a great meal at Mercat a la Plaxna. Gotta thank Esquire Magazine for this find, which is where I read about it. Wow, great food.

Nightcap of some Bulleit at The Gage wasn’t bad either..

[By the way…the quote at the top of this post….said by David during dinner. 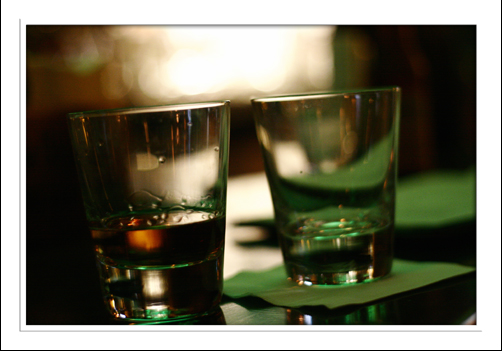 It was a great end to a great day of shooting. Back at in a few hours for Day Two…

2 thoughts on “Runnin’ and Gunnin’ in Chicagoland”