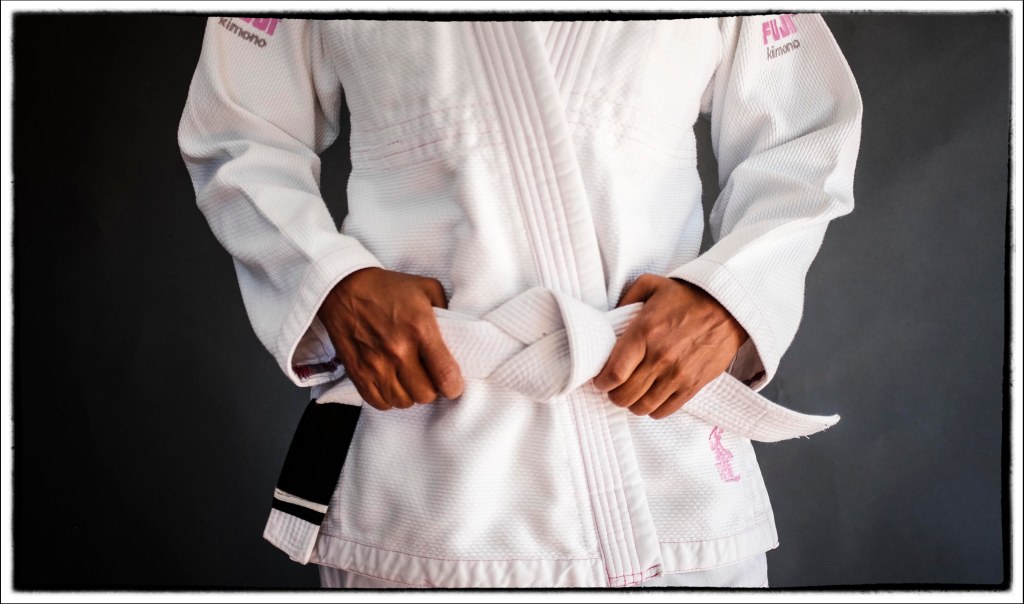 For the past few years now, my daughter has been taking “karate” at a local dojo, Silva Fusion Martial Arts.

You say “MMA” and people think stepping into the octogon. It’s nothing like that….at least not now. That whole competition is an off-shoot of studying, of learning. As Master Tony has said “Some people may never compete or fight; they may just continue studying martial arts. And that’s OK.”

Right now, for Liv and others, it’s just about learning different forms of martial arts for fitness and self-defense purpose. 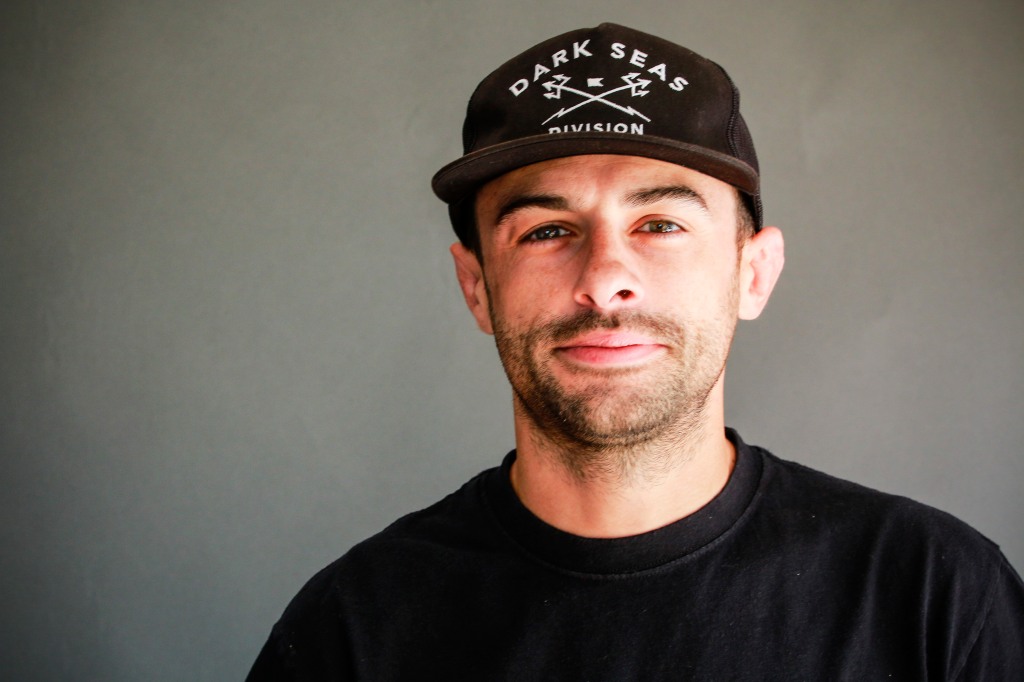 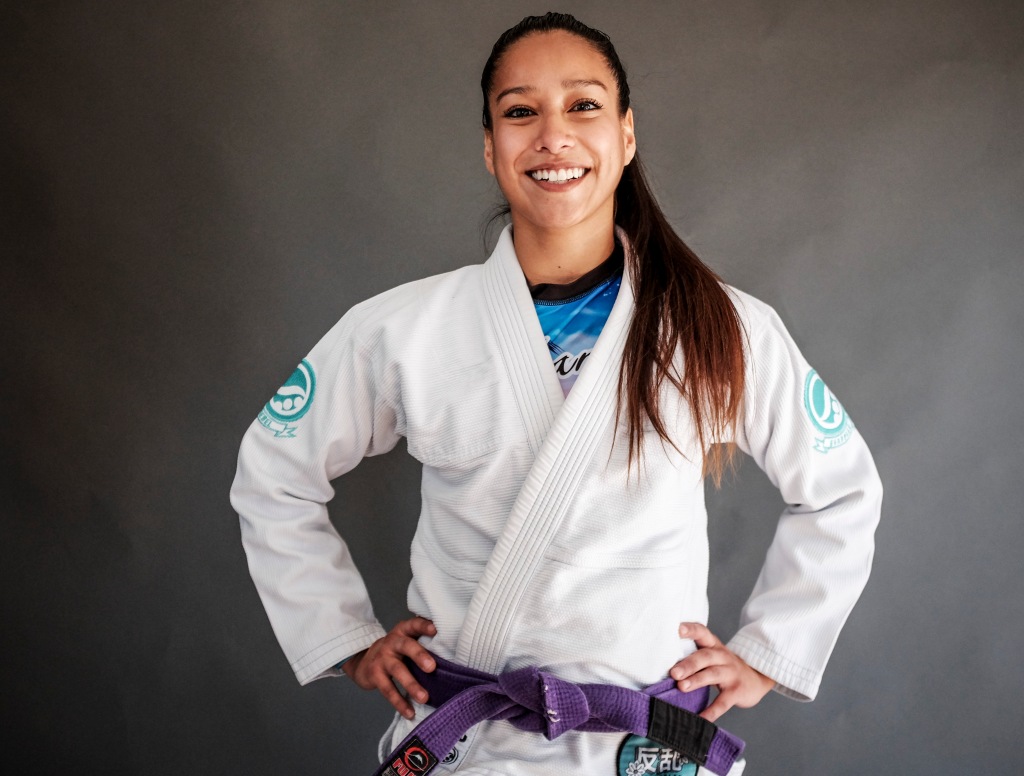 While I think it’s great that Liv has been studying with Master Tony and Coach Kim, I’ve been super impressed with how Tony and Kim teach. Theirs is a quiet discipline of teaching. No yelling, nothing over the top. They lead and teach by example too.

Which is why I was a happy when, a few months ago, Kim approached me about shooting her Kima Warriors. The Kima Warriors is a program Kim started for the female martial artists at the dojo. They work and learn together, especially during mat time on Sunday’s.

Kim first approached me to do a shoot of her Kima Warriors in the spring, but it took some coordination and time to get everyone together on a good Sunday. We tossed some emails back and forth, but also met after classes one day – this meeting, to me, was important because speaking with Kim about the KW program gave me good insight into its purpose and goals.

I was also interested to hear how it all came about for Kim, and how she’s using social media to spread the word about classes and positivity for women and young girls.

From a technical side, too, I had some time to purchase a dark gray seamless background that I’ve wanted for awhile. While I have black and white backgrounds, I like the versatility of that gray affords. This video, by Joel Edelman, explains why gray is a great color for the background (luckily, I had already purchased my Thunder Gray background from Savage Universal before I saw this, so no buyers remorse.)

So, early in August, on a hot Sunday morning, I loaded up the gear into my truck and headed to the Silva Fusion dojo. The dojo has a lot of great natural light and I was going to use that to my advantage. I brought some fill light (LED panels and my Canon 480 speedlight), my Neewer octo, and shoot-through umbrellas as well.  Here’s what the set looked like for the portraits: 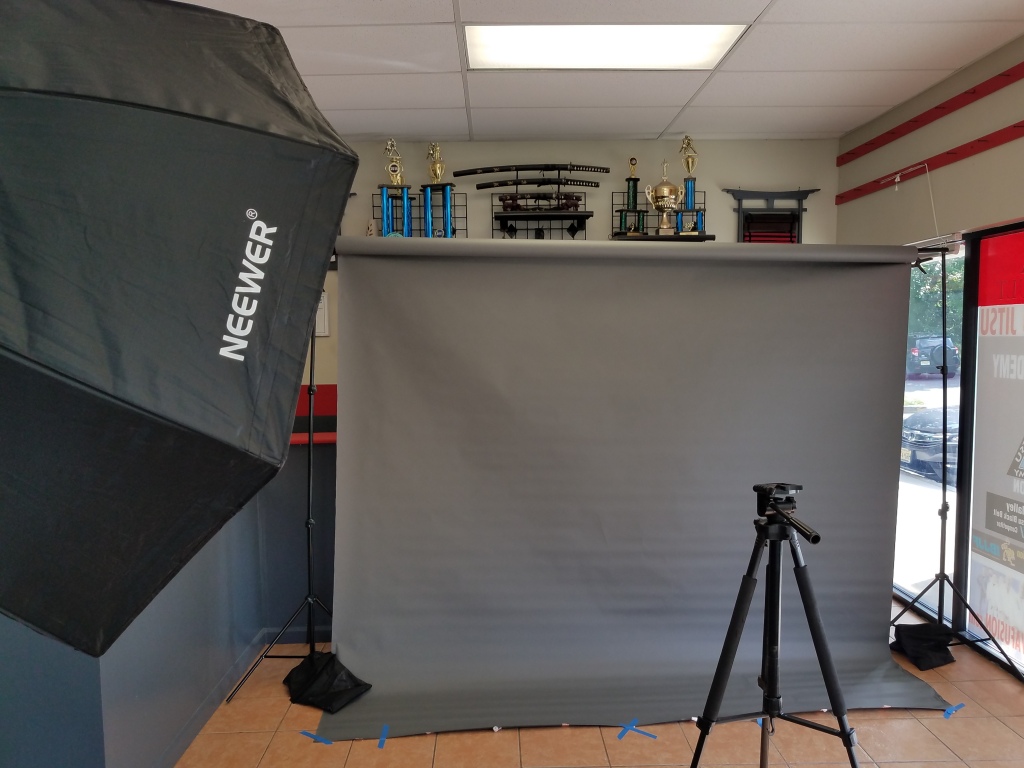 As I’m wont to do with portraits, I shot color on my Canon and black & white on Fuji X100T. I delivered both sets to Kim after all the editing was done. 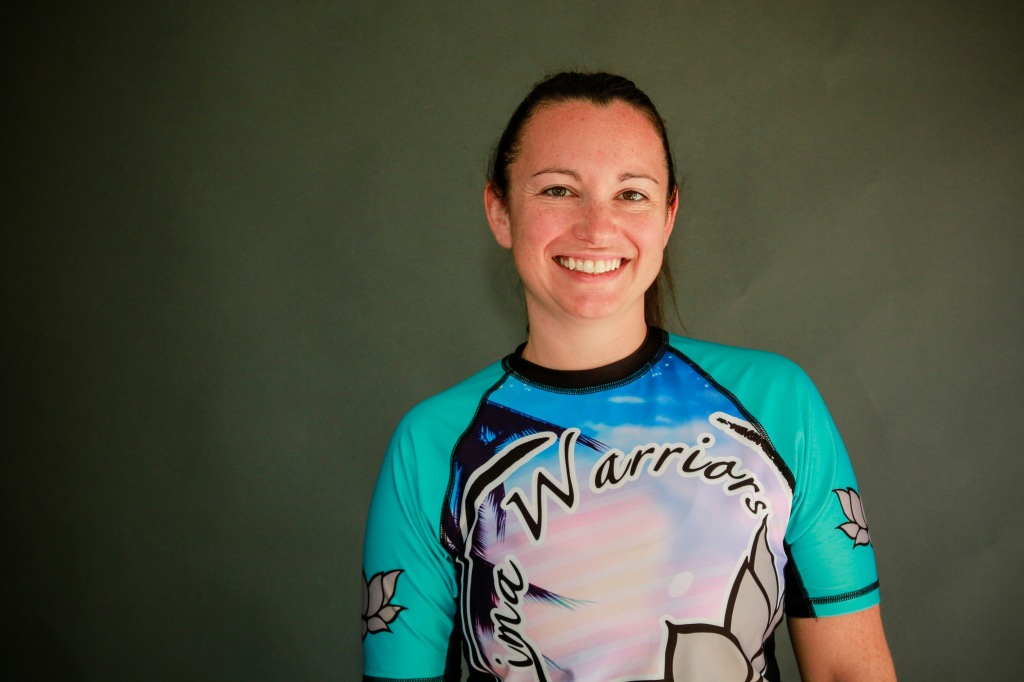 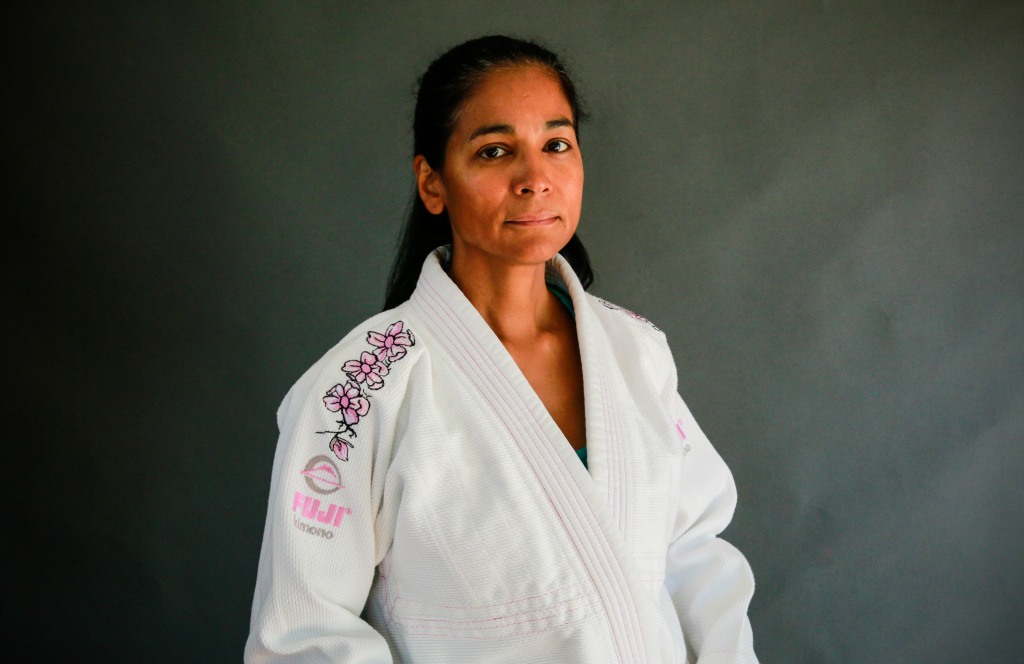 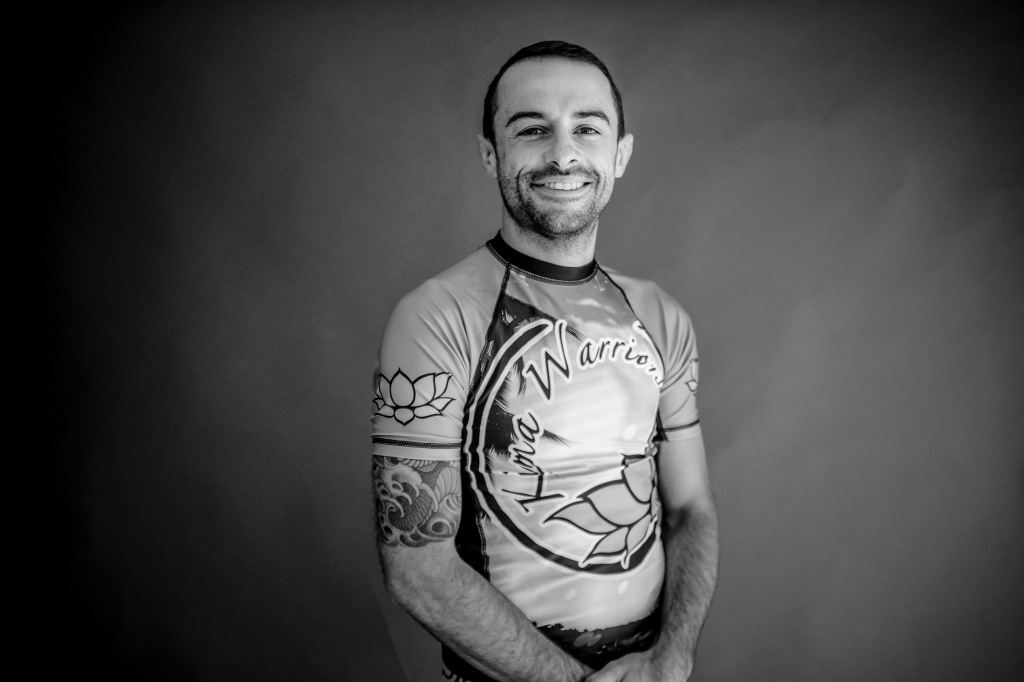 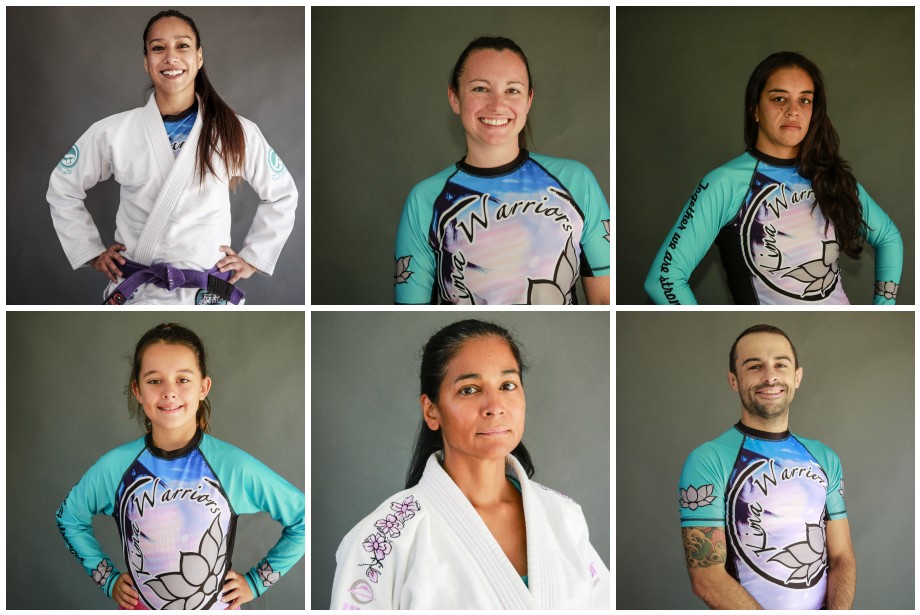 The goal of this shoot was to really highlight the the Kima Warriors, and communicate what they stand for. The slogan on their sleeve says “Together We Are Stronger” and Kim uses that as a hashtag – #togetherwearestronger – when she promotes the images on her Instagram page. In this era of #metoo, I love that phrase.

Speaking of…Kim documented the day on IG as well…

But this was just Part One of the my shoot with Kima Warriors…for Part Two…we hit the mats. 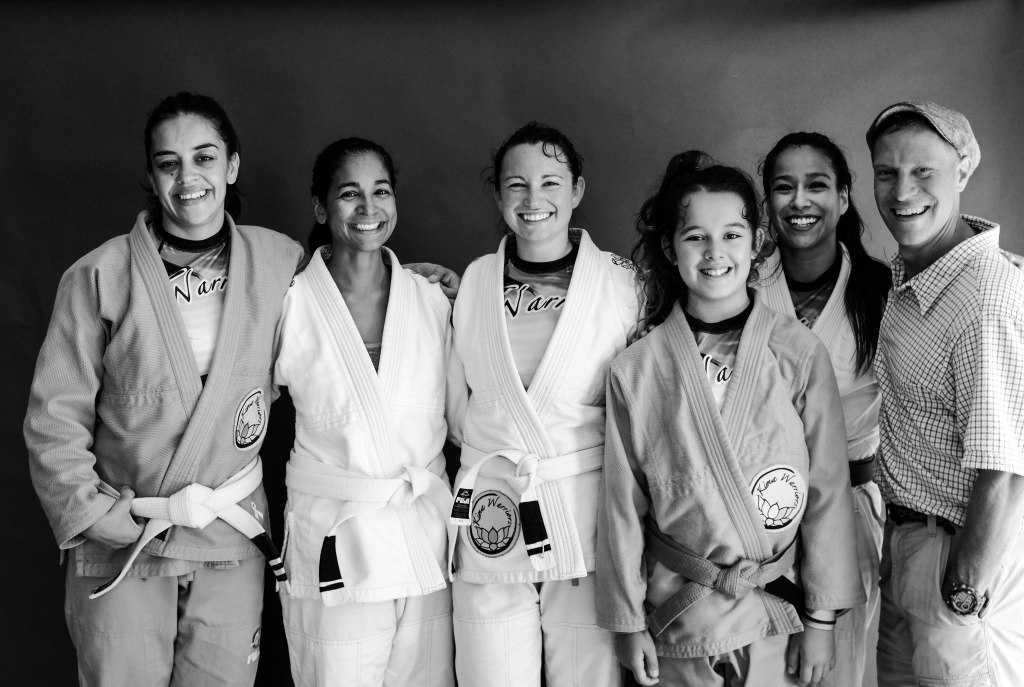